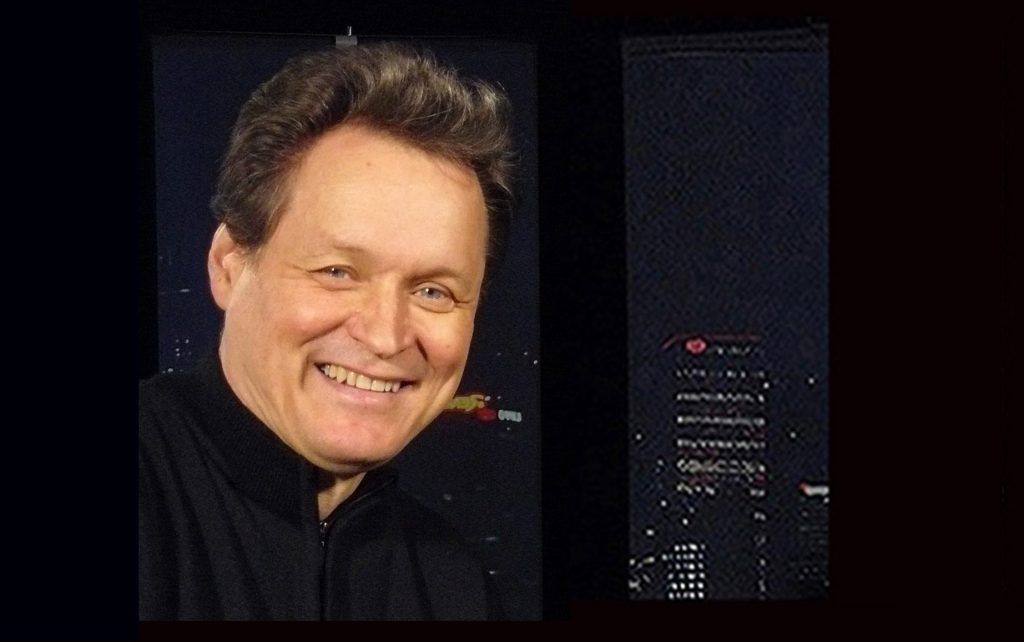 King David in the 103rd Psalm exhorts us to praise the Lord with all our soul and not to forget all the good things He has done. And 2019 affords us one more occasion to remember the good things the Lord has done in the past 18 years.

We celebrate the mighty works of God in our lives. We celebrate His leading, His care and provision, His protection. We celebrate every soul that has found Jesus as Lord and Savior through our joint efforts over the years and there are many.

Truly, like a shepherd He has led us to still waters, green pastures, he has restored our souls in times of weariness and stress. He has given us paths to walk in. He has been with us in the dark valleys and on the high mountains. So many times He has prepared a feast for us. He has filled our cup to overflow. His anointing has been with us. He has shown us His goodness and mercy. Psalm 23 has been our experience.

From 1976-1989 we preached the Gospel by short-wave radio to the millions in the Soviet Union. There was no other way. The Russian church was in shackles.

At the time, BBC reported that 35 million people regularly listened to short wave radio. God blessed those efforts. We received news of whole small villages that came to faith in Christ during these years. This would not have been possible had it not been for partners like you who heard the voice of God and sent us into His harvest.

By 1990 things had changed in the USSR. Unknown to us, the Lord was setting us up for a huge breakthrough in Russia. We translated 52 of the best Bible cartoons, called Super Book, into Russian and started to smuggle them into the Soviet Union. Then came the unpredictable. The Bible series ended up on nationwide television to almost 300 million viewers across the atheistic superpower of Russia triggering mountains of mail response from every corner of the nation.

The authorities informed us that this historic response had broken all records in the Soviet postal system as well as at Soviet Television. Millions of people were talking about Jesus and the Bible. Hundreds of new churches were planted in the next few years. Time Magazine and Wall Street Journal called us (in Finland) all the way from the USA and wrote articles on this historic event. The Lord was leading us step by step in his plan for the ministry of GCM Ministries.

Mega Cities of the world

By 2003 times had changed again. The era of mega city media saturation campaigns commenced. From 2003 to currently we have had the privilege of working with over 10,000 churches in over 105 cities taking the Gospel to whole mega cities in a way that the church had not seen before. The harvest has been much more plentiful than we ever could have anticipated. Hundreds of millions of people have been touched by the Gospel. The Lord, our Shepherd had filled our cup to overflow and his anointing oil has been on GCM Ministries.

The media campaigns now started to penetrate parts of the Islamic world. Through daily television programs produced in our GCM Ministries partner ministry studios (IRR-TV) in Finland the Gospel is preached over 16 different satellites to 100 million descendants of Ishmael every week in the Islamic world.

It has been through the grace of God, conducting these evangelistic media campaigns that we’ve been able to tell hundreds of millions of people in India, Nepal and Sri Lanka of God’s love and the sacrifice of His son on the cross for the forgiveness of their sins.

We have held similar campaigns in Israel since 2008.

We deeply appreciate your prayers and support. May God bless you and your loved ones this summer. May He grant you strength and health for every new day. May He answer your heart’s prayers, as David wrote in Psalm 20:3-5.

And thank you for your partnership in the Gospel for it is the only hope of the world.

In His service,
Dr. Hannu Haukka