Hannu and Laura produced many radio programs, beamed into Russia, at their first studio in Finland.

1970 A Soviet medical student named Laura finds a living faith in God at a Soviet State university. She is the only student at her university who claims to believe in a God who created man. Consequently, she is expelled for her faith. Her sacrifice does not pass unnoticed by God who has a plan for her life. Media would play a key role.

1976 Laura, married to Canadian citizen Hannu Haukka, obtains an exit permit and enters Christian radio ministry to the Soviet Union under the direction of Earl Poysti in Austria.

1980 Hannu and Laura are called to Finland to pioneer a Christian radio ministry from Finnish soil. A studio is built in Parola Finland. The ministry grows to include the transmission of a network of 11 international superpower radio stations.

1986 IRR/TV USA and IRR/TV Canada are founded by Great Commission-minded businessman Gordon Donaldson, Hannu Haukka, and Laura Haukka. In 2010 IRR/TV was phased out and in its place, Great Commission Media Ministries (GCM Ministries) was registered as a new charity organization. Our new name more accurately reflects our vast scope of ministry outside of Russia proper.

1989 IRR/TV ministry moves from a little rural town to the Helsinki area. A new 1,000 m2 studio facility is built. CBN and TBN donate funds and equipment for equipping the first-ever TV ministry to Russia.

1998 IRR/TV founds the ACB of Russia. The Association of Christian Broadcasters holds its first national media missions conference in Moscow.

1999 IRR/TV established first Schools of Broadcast in Russia with Canadian based Crossroads Family of Ministries. Students from all parts of Russia and the CIS states are trained for TV and radio ministry.

2002 IRR/TV starts production of a Farsi version of popular television series "Thirsty Hearts" for countries in the Middle East.

2003 Powerful evangelistic mega-city campaigns begin in Russia, Central Asia, and Ukraine. The purpose is to saturate each city with the Gospel for one month, one city at a time.

2007 Megacity campaigns accelerate in Russia due to political instability.

2010 Our previous name International Russian Radio/TV (IRR/TV in Canada) was phased out and in its place, Great Commission Media Ministries (GCM Ministries) was registered as a new charity organization in Canada.

GCM Ministries continues to partner with IRR-TV in Finland to carry out missions projects around the world. City campaigns have been conducted in the following regions and countries to this date: Russia, Central Asia, Israel, Guyana, Egypt, India, Nepal, Europe.

2013-2015 Over 5 million copies of evangelistic books, St. John's Gospel, and over 100 thousand Bibles have been printed in Russia to help volunteers from local churches reach their nation with the gospel of Jesus Christ. Mega-City Media Saturation Campaigns have expanded to countries such as Finland, Iraq, Lebanon.

2016 500,000 New Testaments were supplied to Russian churches to distribute to the public during the 140-year celebration of the modern translation of the Bible. Our first Spanish language mega-city media saturation campaign was conducted in Paraguay, South America.

2018 Overwhelming response to the media campaign in South Sudan. The distribution of 20,000 digital audio playback units during a campaign for the illiterate.

2019 A new ministry center was built near Helsinki, Finland to accommodate our expanding ministries. A media saturation campaign was conducted in Dar es Salaam, Tanzania, where tens of thousands called to find the power to change.

2020 Although the Coronavirus pandemic spread around the globe disrupting people's lives, the preaching of the Gospel continued at GCM Ministries through our many mission projects.

The ministry of GCM Ministries is supported by individual donors, foundations, and churches. GCM Ministries works in cooperation with numerous recognized international ministries.

Hannu and Laura on their wedding day in Petrozavodsk July 25, 1976. 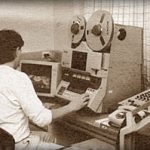 Hannu's brother, John, in 1987 editing the first 7 "Super Book" episodes of the 52-part series that was aired to nearly 300 million people in the Soviet Union over the largest National TV network. This was called the miracle of the century. 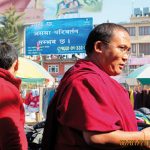 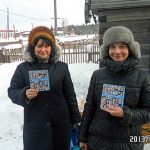 Since 2013 over 5 million copies of evangelistic books, St. John's Gospel, and over 100 thousand Bibles have been printed in Russia to help volunteers from local churches reach their nation with the gospel of Jesus Christ.