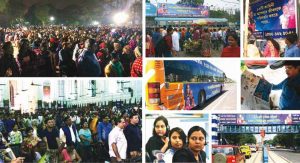 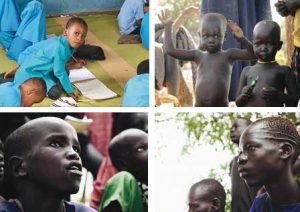 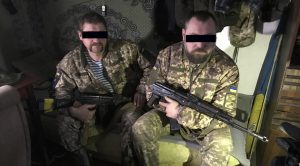 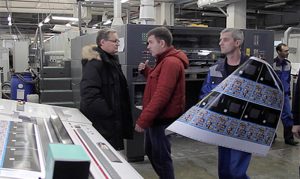 Highly effective month-long evangelistic mega city campaigns spear-headed by GCM Ministries have taken place in Russia, Central Asia, India, Nepal, Middle East, Cuba, South America and even Israel. This has been an extremely effective way of bringing in the harvest of this generation for the Kingdom of God.

GCM Ministries delivers clothing essentials, hygiene products, food and the gospel message to children suffering in areas where evangelistic media campaigns are held. We try to help those with the most need, spiritually and physically.

The Challenges of the Arab and Islamic World

There are about 1.4 billion Muslims in the World. That is approximately 21% of the world’s population.

The largest Islamic area is located between the 10 and 40 degree parallels known as the 10/40 Window, where 300 million people live. 80% of them have not heard the Gospel even one time.

We want to facilitate disciple making movements in every Arab and Muslim Country, which will eventually lead to the formation and growth of new churches in countries and areas where there are none. This is why our mission to reach them is so challenging.

GCM Ministries works closely with indigenous workers in Russia and Asia representing 30 of the over 100 tribes practically forgotten by the outside world. GCM Ministries has also produced programs in sign language for Russia’s over 10 million hearing-impaired viewers.

GCM Ministries has offices and staff in St. Petersburg, Moscow, Kiev, and representation in Minsk, Volgograd, Ufa, the Murmansk area.