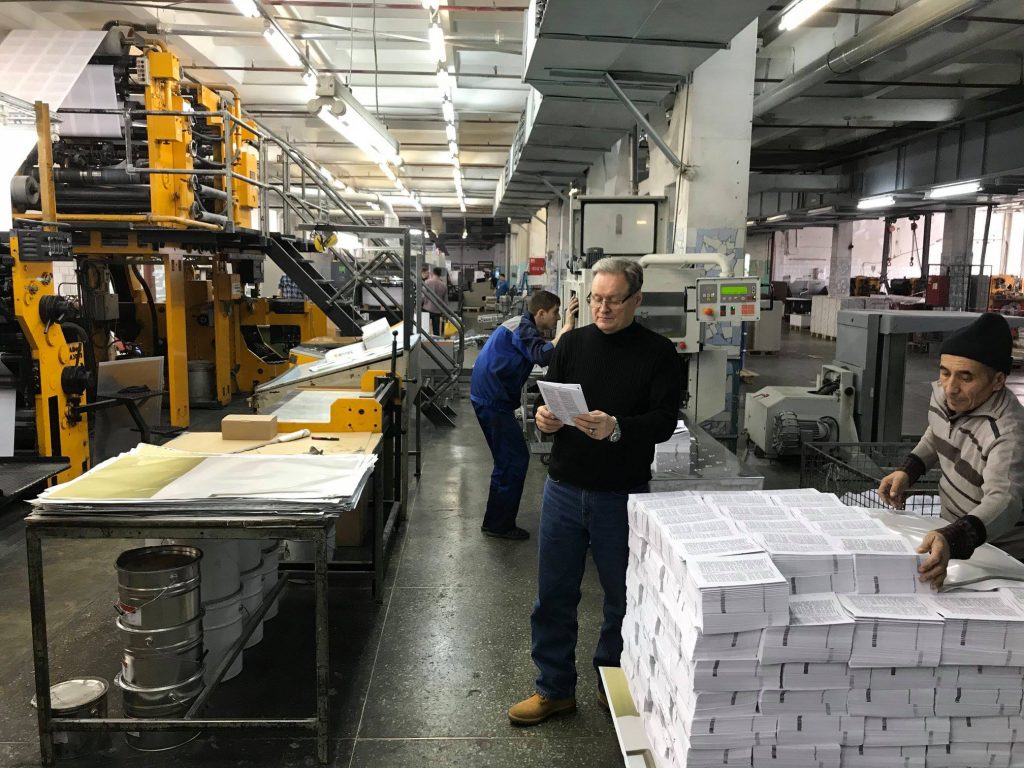 In 2018 GCM Ministries oversaw the printing and delivery of over 550,000 books including the New Testament, the Gospel of John at the infamous Soviet Siberia printing facility. This is the same facility that supplied every public school, every university and library of the Soviet Union with atheistic text books, magazines and other printed material. Atheism was a curse causing decades long damage in the lives of its citizens resulting in the moral downfall of Soviet society. 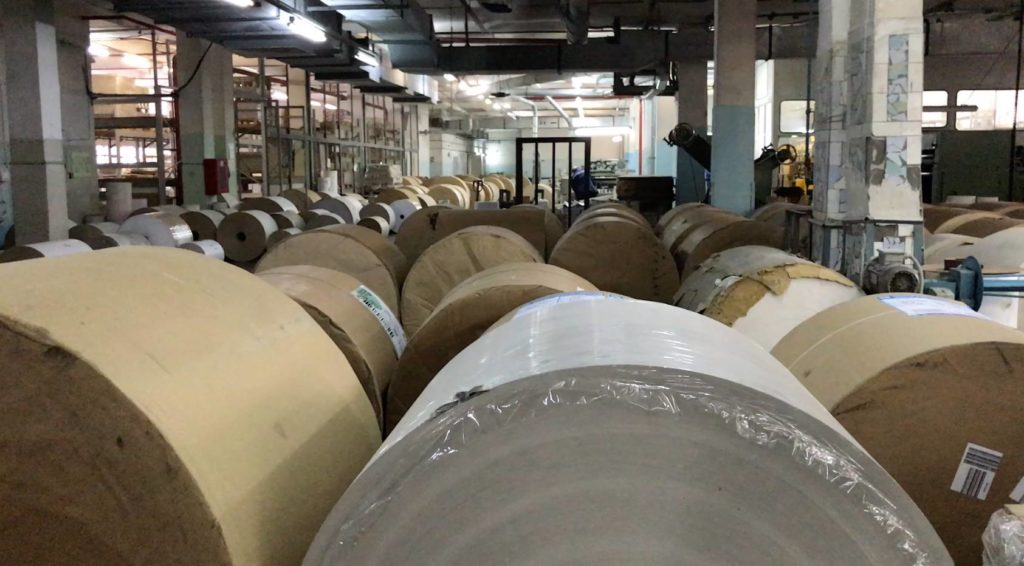 These rolls containing kilometers of paper were needed to print another 500,000 evangelistic books that GCM Ministries ordered for ministry purposes by church volunteers.

Thank You For Making This Possible

As I surveyed the sight before my eyes my heart filled with praise to the Lord. It was a worship service in my heart then and there. I thanked God for our ministry partners who contributed financially to make this happen. Over 3,000 churches, including some home groups had sprung up over the vast land of Russia. Thousands and thousands had come to know Jesus as Lord and Savior. This was yet again another miracle of God and we had been counted worthy to play a key role!

Outdoor services, services in public buildings, with few exceptions, have been banned by the government. Church activity is under intense scrutiny by the security police. The new anti-terrorism laws signed by President Putin are reminiscent of Soviet times. Almost all the court cases filed under the new antiterrorism laws in the past year and a half have been filed against Christians. The new laws have slowed down ministry, the mission of the Church, but the Church has adjusted to the new reality.

Read more on the persecution of churches in Russia here.

We were still inside the Soviet Siberia printing facility when another order for New Testaments reached us. Churches that were not recipients of this printing have requested a further 100,000 copies.

Thank you for partnering with us in Russia throughout the good times and the bad times. Would you continue to help lead untold numbers of Russians to Jesus? You can donate to this cause at our donate page.

May the Lord bless you abundantly and may this report bring you much joy. Your friend and fellow laborer in Jesus,