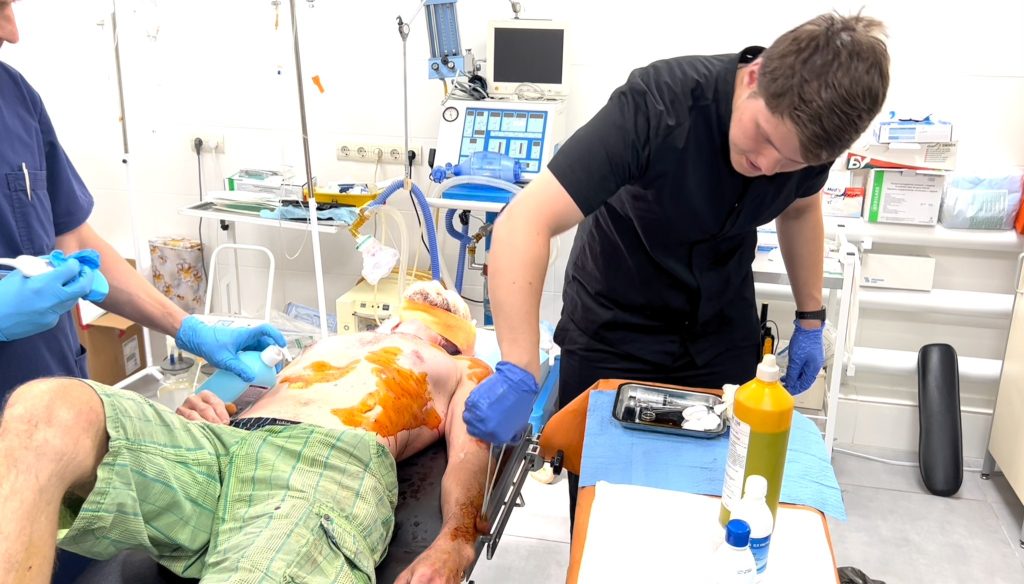 Last week I returned from the latest of 10 ministry trips to Ukraine after February 24th. It would never have occurred to me that we would be caught ministering the Gospel amidst a full-blown war between Russia and Ukraine.

Amidst the horrors of war, people are turning to God in a way and in numbers not seen in peacetime. One senior pastor noted that today there are very few atheists in Ukraine. There is no need to convince people that there is a God. People are sensitized to matters of church and faith. Soldiers are baptized on the battlefield, so to speak. Unchurched people attend church services if a functioning one is near.

The war has devastated people’s lives. They have lost practically everything a person can lose; loved ones, spouses, children, homes, jobs, villages, friends, and a future. More than ever, people are open to being discipled and introduced to a meaningful relationship with the Lord!

That’s where Great Commission Media Ministries comes in. We are making a real difference. Distribution of the high-impact book called “The Road Home” has started. The book contains stories of survivors, who have weathered the greatest storms of life through faith in God.  The book is a “must-have” for every refugee fleeing the war both inside and outside Ukraine.

We urgently need your help to print 300,000 copies of the book. Each full-color, 160-page book will cost $2.50 to print and ship to its recipients. Please let us know how you might be a part of bringing spiritual healing to a nation torn apart by this war.

The Bible says that “everyone who calls on the name of the Lord shall be saved.”  The Apostle Paul asks the question: “how can they call on His name if they do not hear?” To make sure that they hear is our mandate.

At the same time, as we minister to soldiers and civilians alike, we respond to human suffering as best we can.

To date, we have assisted in delivering over 100 tons of humanitarian aid including food, water, and medical supplies to frontline villages and cities. We keep our Ukrainian teams functioning at their prime by providing vehicles and fuel. On average these teams deliver between 2 and 3 tons of food and other vital aid daily, to places like Slovyansk, Kramatorsk, Bakhmut and Chasiv Yar, Kharkiv, and Zaporizhje.

A major children’s hospital with 360 beds in the city of Khmelnytskyi received monitoring equipment and hospital beds for their Intensive Care Units, donated by Finnish hospitals. The beds in ICU were occupied by I was told that the infants in intensive care came from frontline villages where Russian forces are targeting hospitals, schools, and apartment buildings. The printing of the first 20,000 copies of the high-impact book called “The Road Home” is underway.

The book contains stories of survivors, who have weathered the greatest storms of life through faith in God.

The book is a “must-have” for every refugee fleeing the war both inside and outside Ukraine.

We urgently need help to print 300,000 copies of the book. Each full-color, 160-page book, in both Ukrainian and Russian, will cost $2.50 to print and ship to its recipients. Please let us know how you might be a part of bringing spiritual healing to the internally displaced in Ukraine as well as to multitudes of refugees in Poland, Hungary, Slovakia, and Moldova. 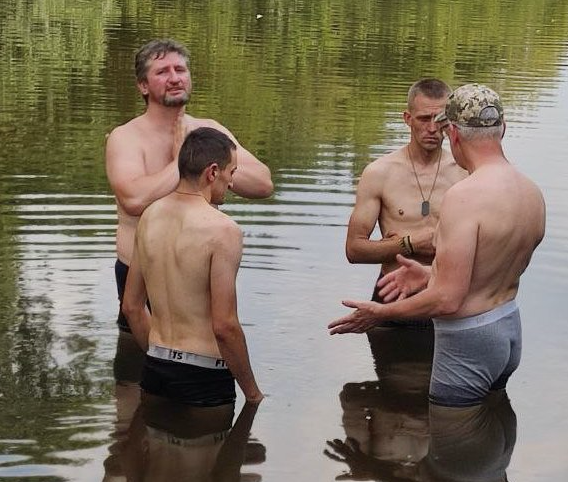 This is a war zone baptismal service. These Ukrainian soldiers had received Jesus as Lord and wished to profess their faith by being baptized in this river. God is present where people call on the name of the Lord, Romans 10:13. 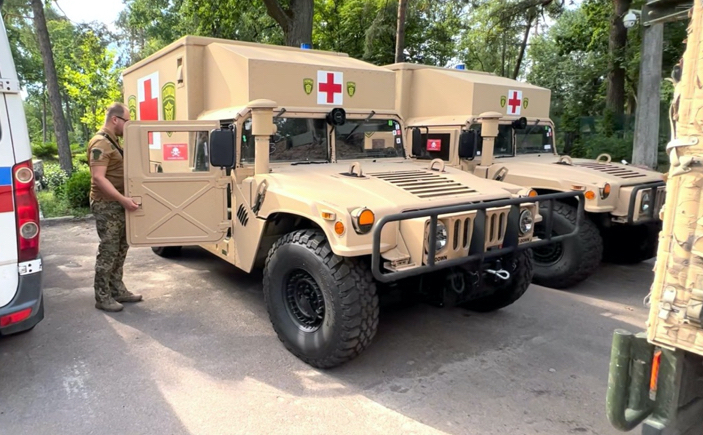 Not far from Kyiv we inspected donated Humvees modified into military ambulances for evacuation of the wounded on the frontlines in East and South Ukraine. 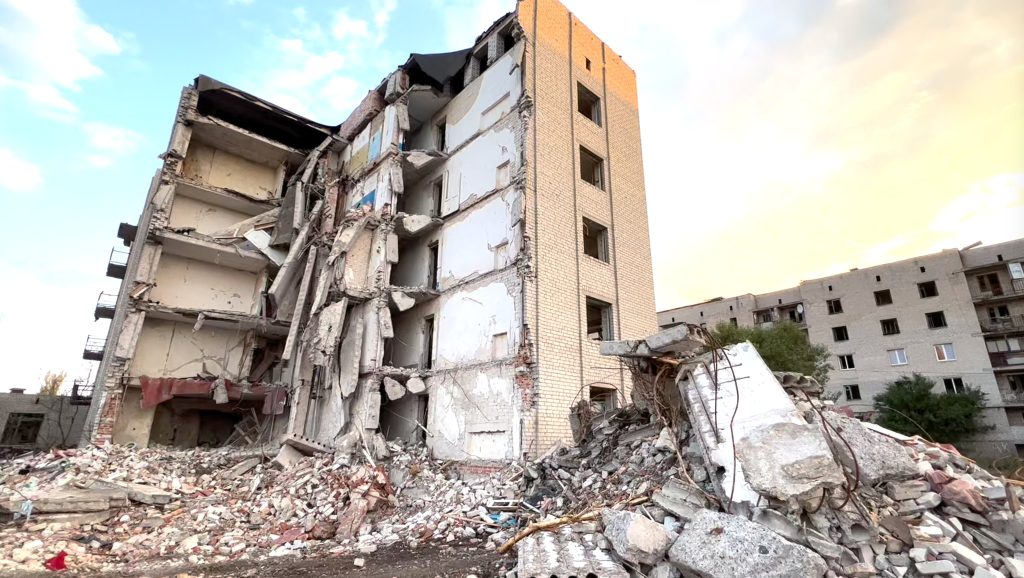 An indiscriminate Russian missile strike in the village of Chasiv Yar, Donetsk province. More than 50 people were killed with over one hundred wounded. It was not a military target. 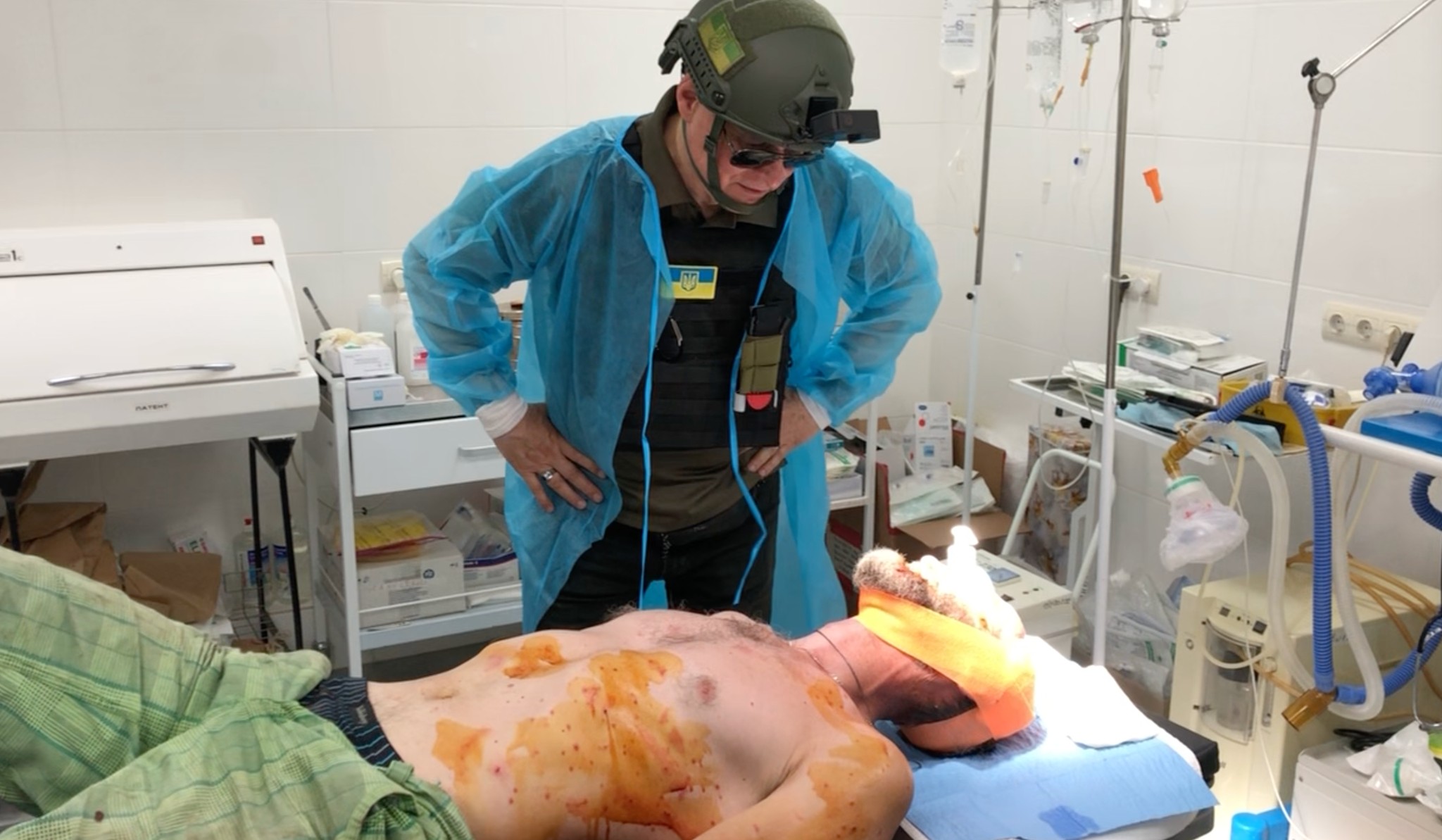 A miraculous story of survival. This patient had survived a missile strike just meters away. Hannu ministered to him in Russian as he was being treated. 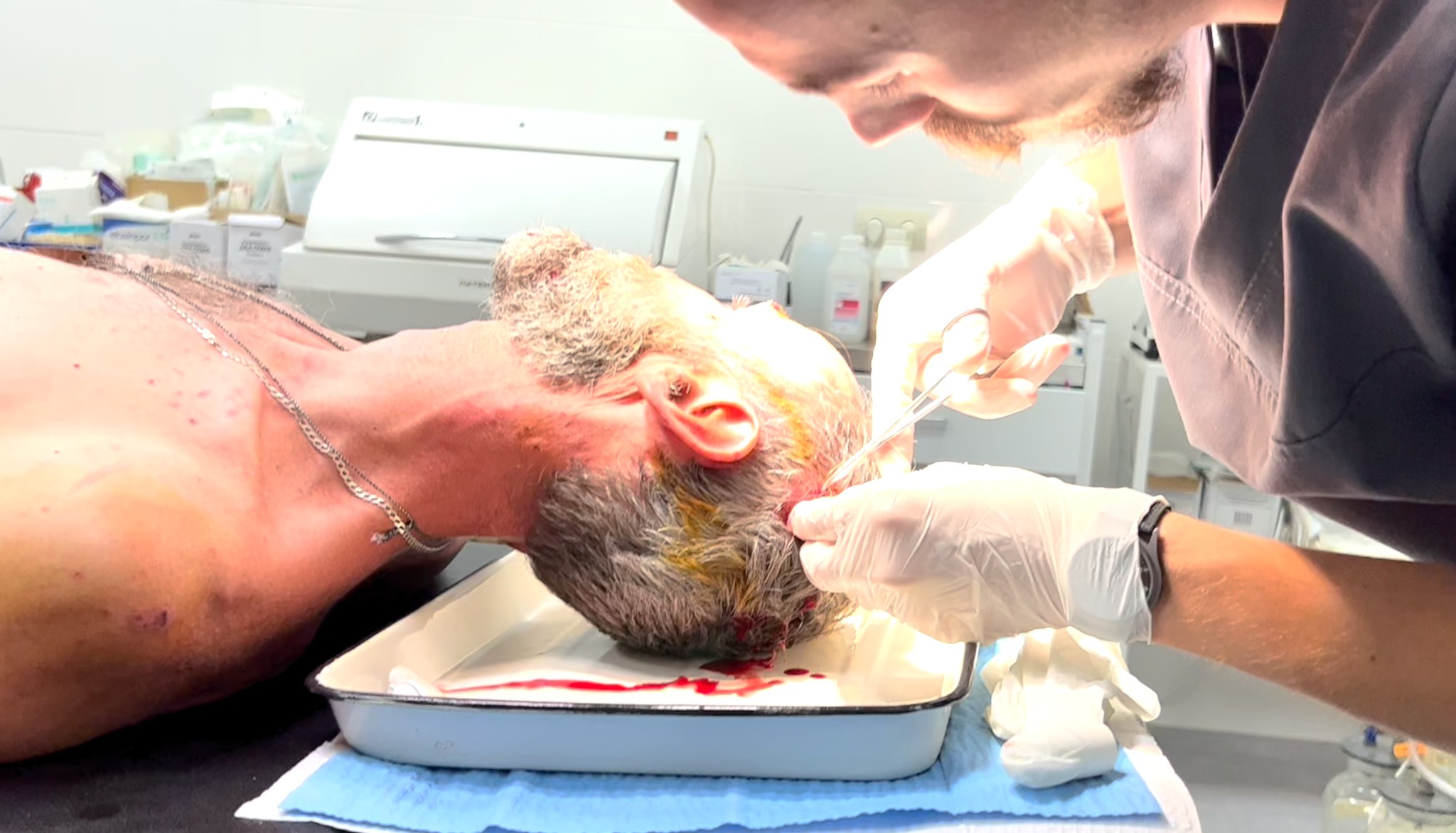 Locating the lodged fragment was made possible using a metal detector supplied by GCMM for such medical procedures.

At GCMM we are doing our part to make a profound difference for thousands of Ukrainians. I am so grateful that together we have been able to do so much in helping Ukrainians endure the suffering caused by this horrific war.

Thank you for considering a special love gift for Ukraine during the month of September. In this way, you are enabling us to continue to share the gospel message to frontline villages, and to deliver food and supplies to those fighting for their families and country, as well as to those sheltering in basements and bomb shelters.

Help us continue to reach the Ukrainian people, many as refugees now. Please help with your donation now.