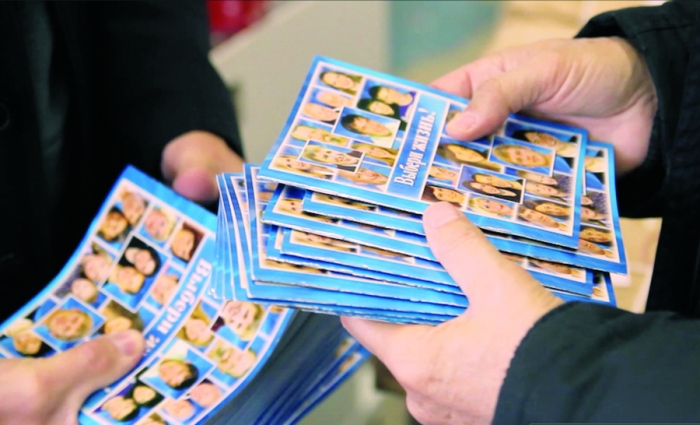 Russia's Churches Plead: Give Us 5 Million Evangelism Books AS SOON AS POSSIBLE!

While the war rages in East Ukraine churches in Russia face increasing restrictions and surveillance by the government.

The mainline media has been seized and declared off limits to the evangelical denominations of Russia. Social media has now been tethered with the threat of stiff penalties to "offenders" who do not follow government guidelines. Our friend Eduard Grabovenko, overseer and chairman of the Christians of the Evangelical Faith says Russia will close down. It is only a matter of time. Now is the time to seize the freedom our churches still have. We must do what we can, without delay, to evangelize Russia.

GCM Ministries has been asked to supply Russian churches with up to 5 million Power to Change book evangelistic booklets to be used as tools for one-on-one evangelism in Russia's cities.

We have used it in dozens of Russian cities over the past 10 years to reach over 70 million people in the former Soviet Union with the Gospel.

Conference chairman, Bishop Eduard Grabovenko told us that Russia will close its borders. The Bishop also reported that the last of the one million copies of the "Power to Change" campaign booklet printed in Siberia 16 months ago by GCM Ministries have now been distributed.

In addition, one million people have prayed the prayer of salvation. More books are urgently needed now. The chairman asked GCM Ministries to consider printing up to 5 million more books, in runs of one million, as soon as possible. 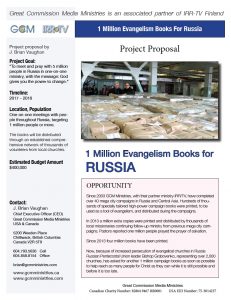 Your gift is essential for this undertaking.

We are just printing and delivering the first 1.5 million copies to 2,300 churches in Russia in 2017. I ask you to prayerfully consider what you could do to help. One booklet costs about 35 cents, including delivery. No gift is too small.

Only the Gospel has the power to change the way people think.

The GCM book contains powerful stories of changed lives, steps to receive Jesus as Savior, and a guide to the first steps of faith in a new life in Christ.

As times have become difficult for the Church in Russia we can only thank the Lord for giving us the privilege to massively sow the seed in Russia, in its mega cities. By His grace we seized the opportunity in His perfect timing. Think about it, 40 major cities reaching 70 million people (Ukraine, Central Asia included).