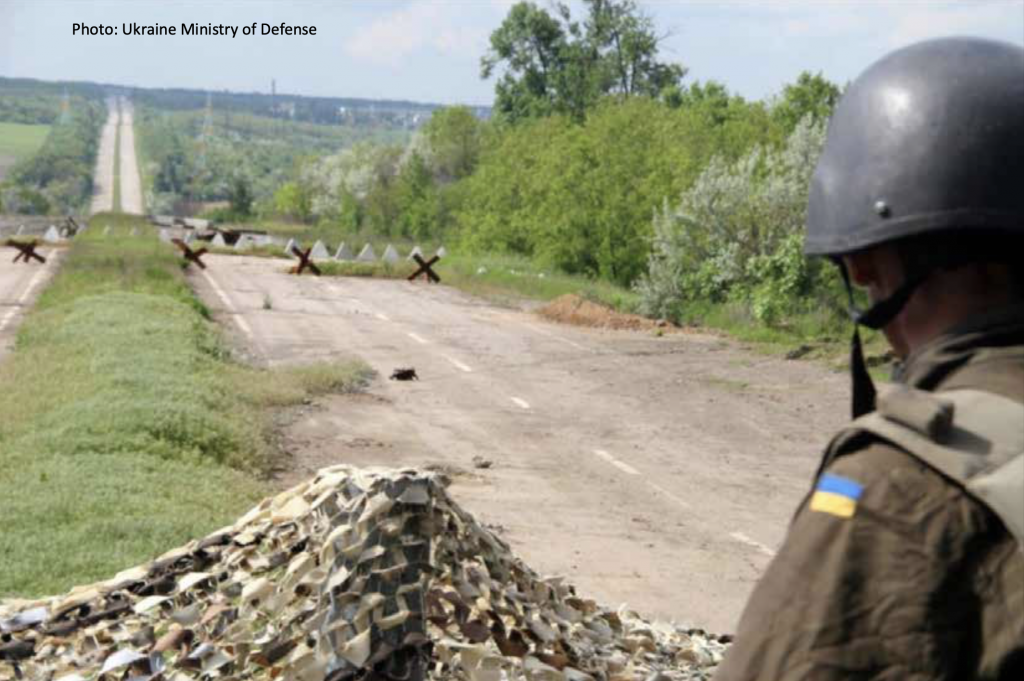 Although it’s been several years since the mega city media campaign in Kiev took place, mega church pastor Yuri Babinets remembers it warmly. Yuri was the national director of GCMM’s Kiev campaign and is the leader of the largest congregation in Ukraine. His church has experienced strong growth since the media campaign in 2007. Today, 130 assisting pastors serve some 800 home churches planted in the years following the campaign.

We asked Yuri how the East Ukraine campaign differs from the Kiev campaign?

For cities with a population of over a million, the media is well developed. There are a huge number of billboards, newspapers, as well as numerous means of transportation carrying campaign ads that can be used and it works.

There are a lot of towns with a lot less people. There is no infrastructure, church buildings have been damaged, people have been evacuated, and there is a lack of church workers.

Authorities are looking to the Church for help to resolve the mental blocks, attitudes, hostility, and a return to normal. What do you say Yuri?

There are no other tools with which we can influence people’s hearts. State Security welcomes the campaign, and has promised their support for it. Ukrainian State Security promised to provide the necessary protection throughout the conflict zone which is about 600 kilometers long.

The government understands that without the Church we will not succeed in returning the occupied territories of Ukraine back to Ukraine. By this I mean, the hearts, thoughts, and souls of the citizens of the occupied territories of Russia would be restored so that they would become peaceful, blessed residents of their beloved homeland. Without the Church, it will be difficult. Therefore, the authorities also encourage the Church and welcome this project.

We have received approval from them regarding the concept of the campaign and advertisements. The campaign book is published in Ukrainian and Russian for the war zone. The book is to be distributed on both sides of the line of fire in their respective language.

In this way we wish to show the people in the occupied territories that language is not an obstacle. No matter which language you speak, you are equal to your brothers in Kiev, in West Ukraine, in East-Ukraine, and in Crimea.

In Kiev, you followed up with thousands of people who responded to the campaign. Did these people end up in church?

The call center received more than 17 thousand calls. Our church followed up about 1,200 calls from people requesting the ‘key tool’, which was the campaign book with powerful stories of changed lives.

A few years later, it turned out that of these 1,200 people, more than a thousand are in our church today, baptized and attending church.

In the year following the campaign, our church saw a record number of baptisms. This shows the real impact the media campaign had on the churches and the lives of our people.

The media campaign took place in November. In the middle of the month it started to snow.

It was a heavy snowfall. In the evening we bought a huge number of roses, several thousand. We attached a note card to each rose. And our young people went out in this blizzard to hand out roses to people smiling, and handing out roses to people saying “You can experience the power to change”.

And this simple gesture developed into a conversation with people.

So, one of our sisters stood at a bus stop. The door to the bus opened and a woman stepped out, carrying two huge bags. She covered her face with a scarf for protection from the snow. She struggled over the snowdrifts and almost collided with the girl holding out a rose. The girl smiled, their eyes met, holding out the rose she said, “You can experience the power of change, God loves you!”

The woman began to weep. She said her husband had left her that day, her parents blamed her and said that they didn’t need her either, and her kids refused to talk to her.