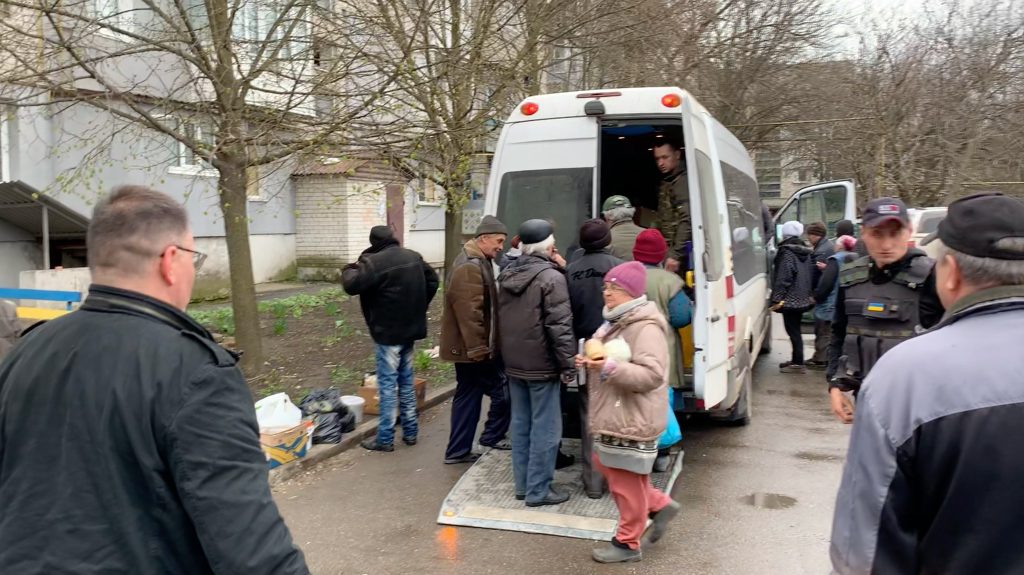 We have returned safely from our rescue mission in East Ukraine. The purpose of the trip was three-fold.

Secondly, evacuating refugees from villages between Mariupol and Zaporizhzhia in East Ukraine. We sent in buses for picking up evacuees. Together with our local team from Mariupol we were able to successfully evacuate over 100 villagers from the village of Orekhova, located between Zaporizhzhia and Mariupol while Russian forces shelled the same village from a distance of a few kilometers.

Thirdly, we distributed food to villagers still trapped in the villages of Gulyay Polye and Orekhova. Upon arrival, the village seemed deserted with no one in sight. However, once they heard Chaplain Gennady’s vehicle honk signaling our arrival, people began to appear from underground basements and cellars and make their way toward the vehicles. Everyone had an empty bag.

We made stops along the way in the towns of Bucha and Irpen, where over 500 people were mercilessly tortured and slaughtered. 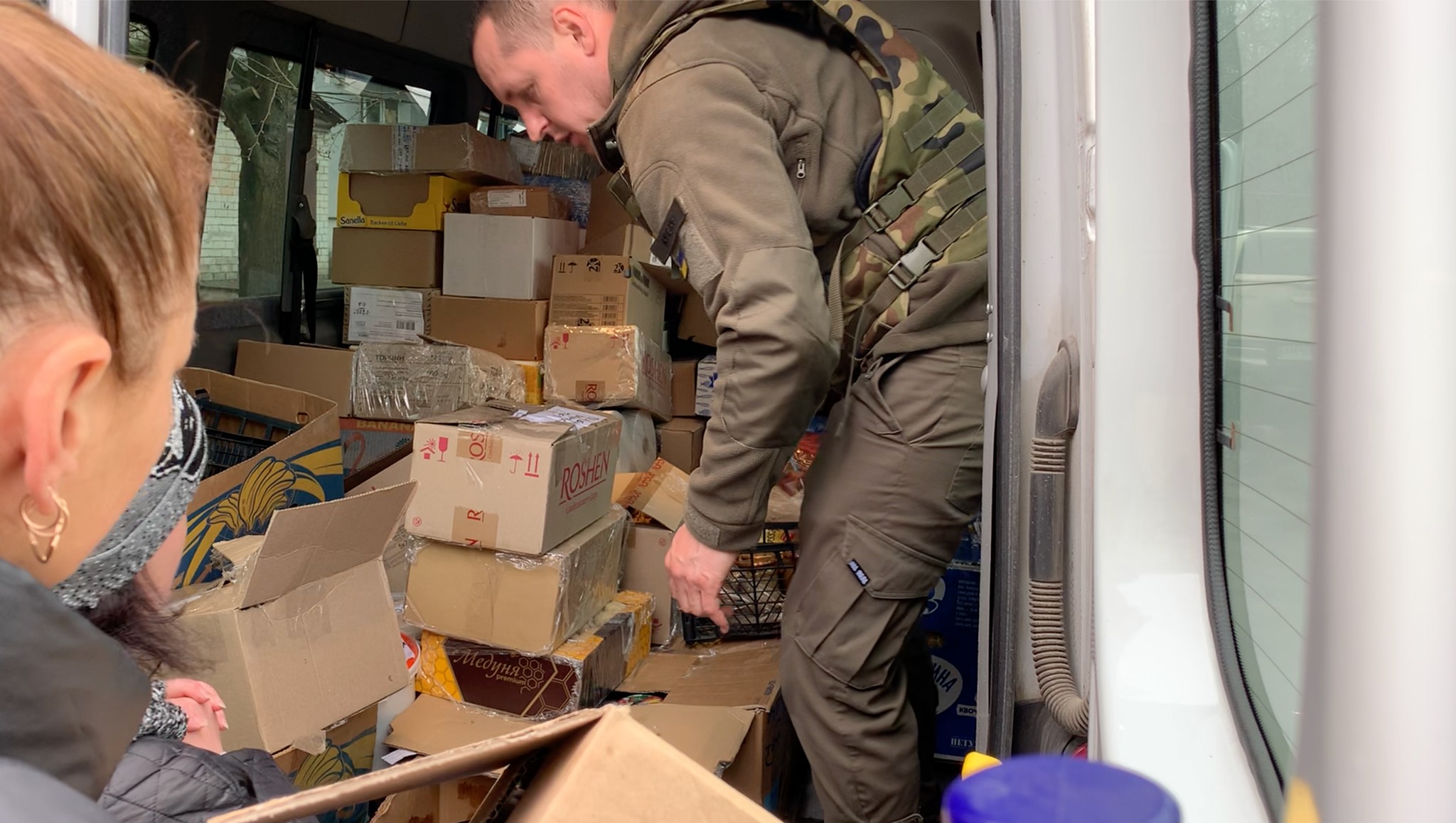 Distributing food in the village Gulyay Polye. People suddenly appeared seemingly out of nowhere from basements and cellars, upon hearing the honk from one of our vehicles. 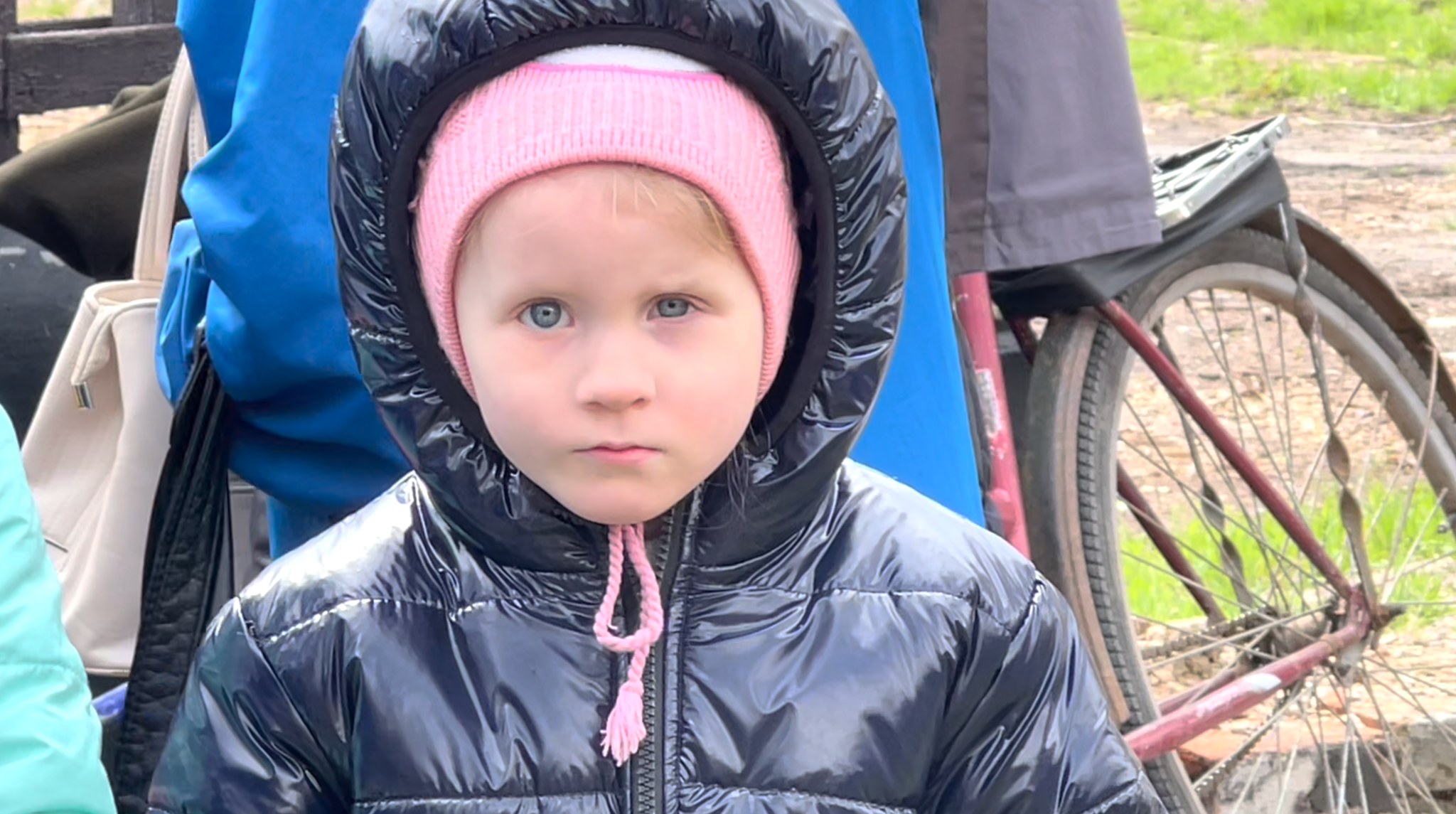 In the village of Orekhova. There were many young children among the evacuees. This child was able to board one of the evacuation vehicles. 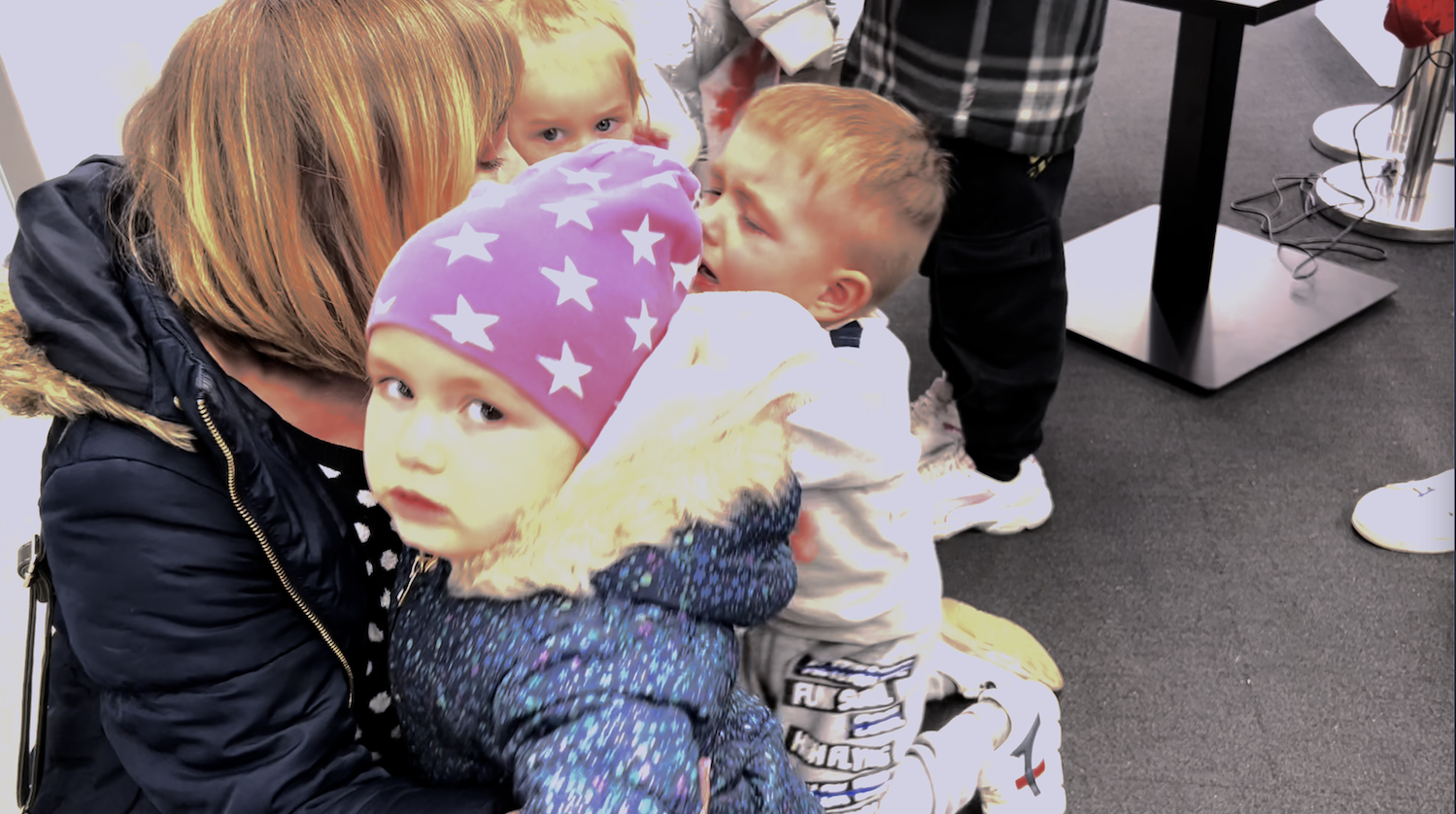 This mother and her children were evacuated by GCMM and arrived safely in Finland. 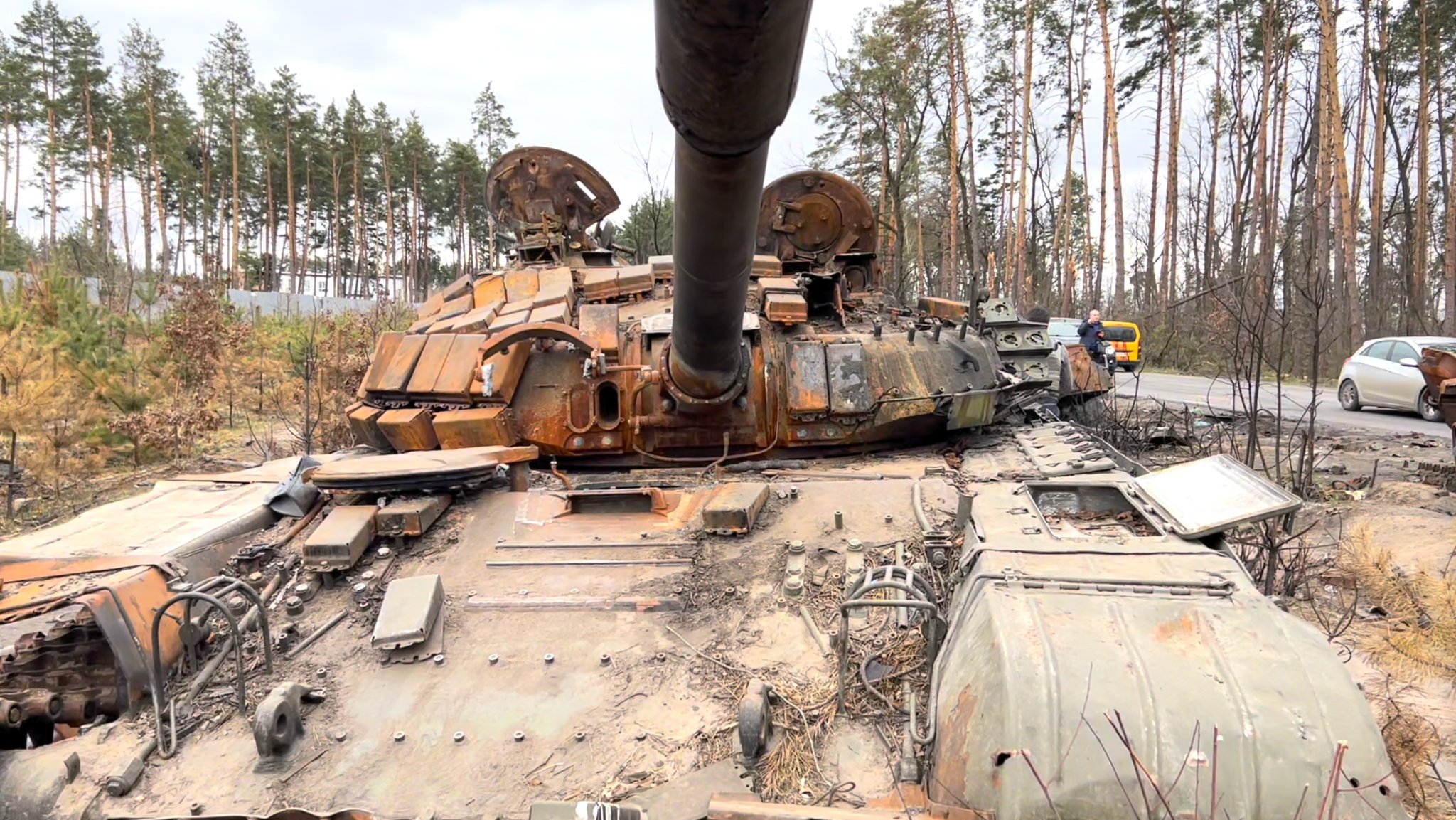 In the village of Bucha, we saw dozens of destroyed Russian tanks. The atrocities committed by Russian soldiers will go down in history as a reminder to the world, of the incomprehensible brutality of the attacks against the citizens of Ukraine. 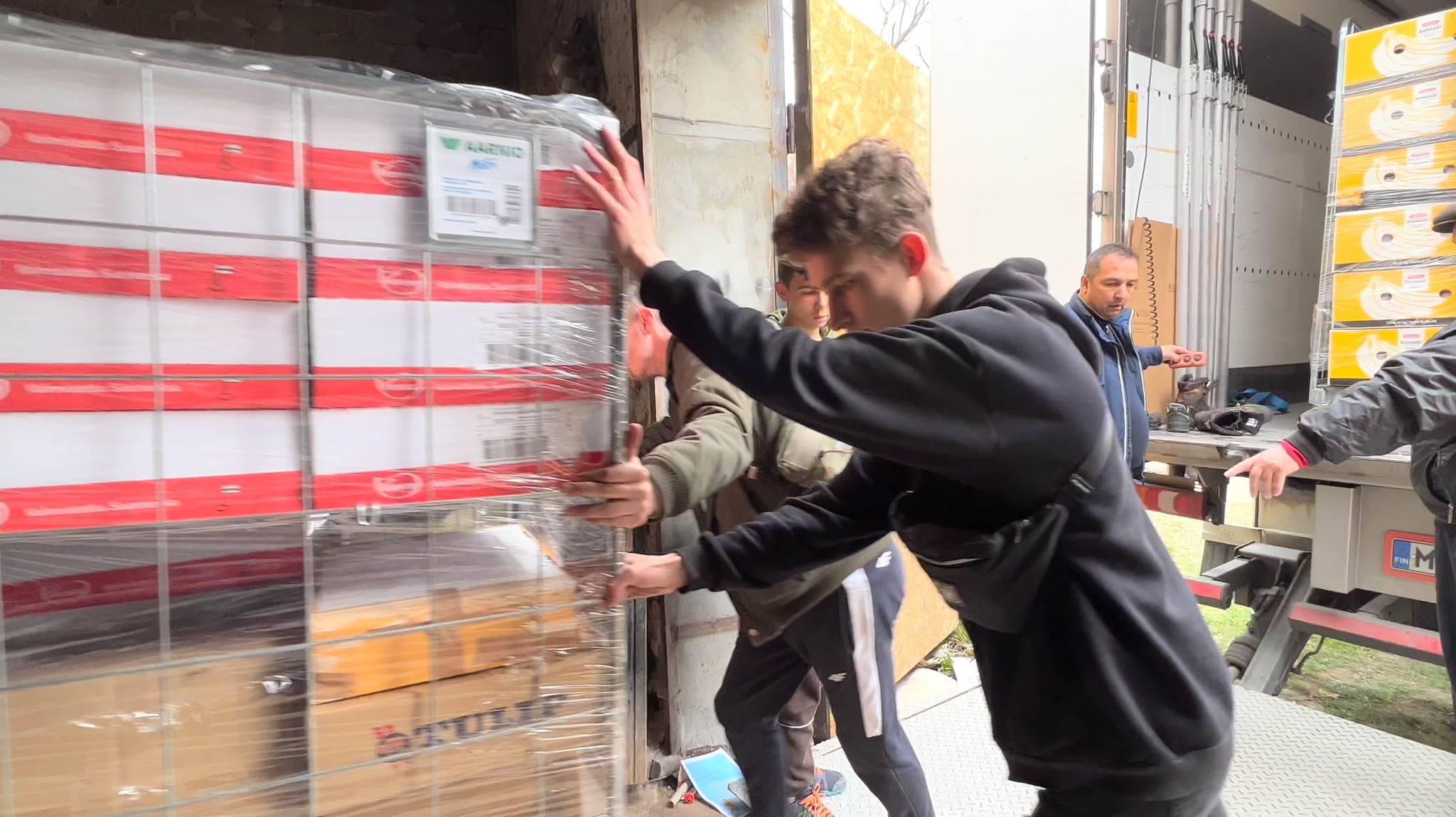 One of the purposes of the trip was to deliver 17 tons of humanitarian aid, received as a gift, to villages on the frontlines.  We were able to distribute food to villages caught in the shelling as Russia sought to take more territory. 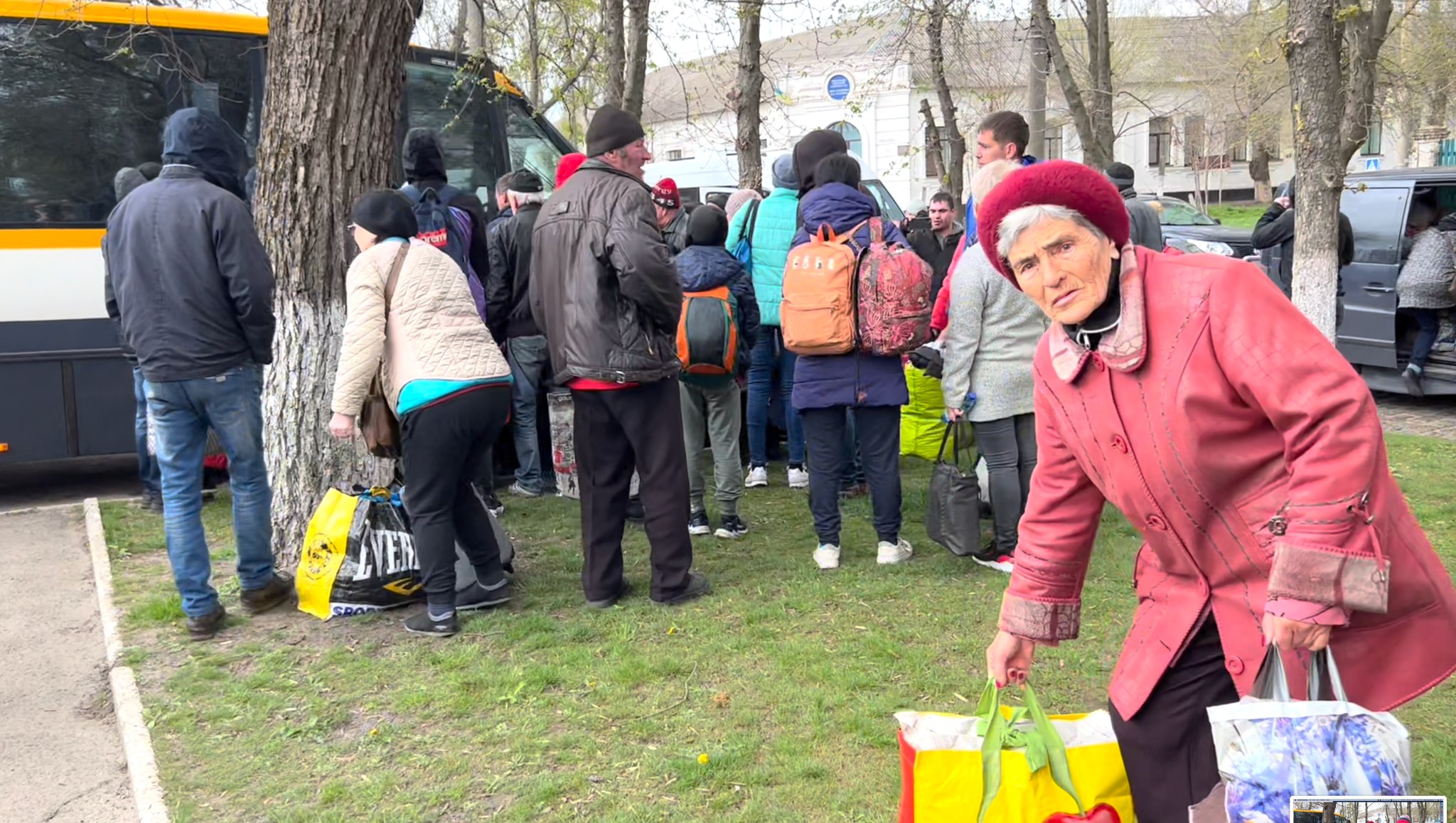 We evacuated more than 100 people from the village of Orekhova under active Russian artillery fire. We were able to distribute food to those ‘trapped’ in the villages of Gulyay Polye and Orekhova.

We are set to print 300,000 copies of our ministry book for refugees. It speaks to a nation traumatized by war.

The powerful personal stories in the book are a source of faith, hope, and persevering power in life’s most devastating storms which the war is certainly one of the biggest Ukrainians will ever face.

If you would like to donate to this cause, call our office: at 1-877-244-7614 or donate through our secure online donation page.

Each book costs about $2 to print and deliver. Please help with your donation today.