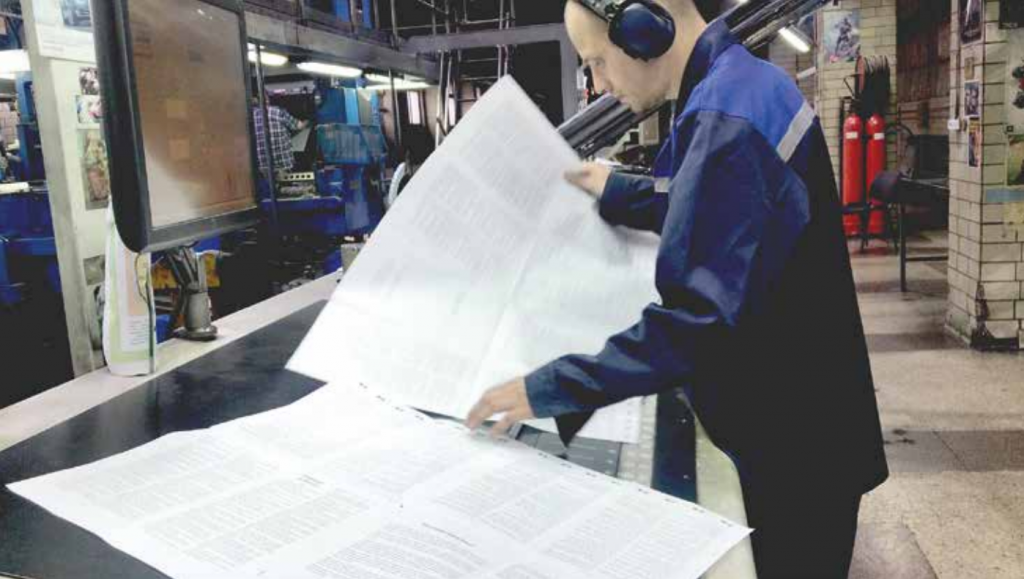 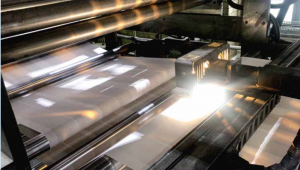 In Central Siberia 200,000 Gospels of John are off the press, printed and shipping to churches. The pandemic has been deadly across
much of Russia, Siberian churches from the Ural mountains to the Pacific Ocean in the east have continued to take the Gospel to
remote towns and villages.

In the end of May, GCMM finished printing another 200,000 Gospels of John in Siberia. The books are being shipped to a dozen major hub cities from where
they will be distributed to over a 100 smaller cities, towns and villages in eastern Russia and Siberia. The 200,000 copies of the Gospel of John are a complement to a
previous order of 50,000 New Testaments earlier in April-May. The map on the next page shows where the latest books have been sent. Still on order from Churches
in Russia is an additional 750,000 books for 2021.

As of June 1st, a new law was passed further curtailing the freedom of expression in Russia. Churches wishing to remain faithful to the Great Commission given by Jesus in Mark 16:15 and
Matthew 28:18 will face persecution. Bishop Yuri Ananiev, from southern Russia, told Ministry magazine, that the present situation is clearly reminiscent of the Soviet era. It is the “Iron Curtain” once again. 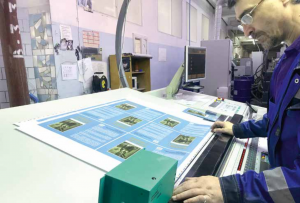 The new law bans all educational activity without a permit from the Moscow authorities. The law is comprehensive. Even quoting the Bible in the wrong place
can be punishable by law. This includes any person lecturing, tutoring, or teaching on the internet and elsewhere. The new law includes the circulation of Bible
teaching for Christian growth. This means that anyone who re-posts, quotes, or places on the web, the words of Jesus from the Sermon on the Mount, for example,
quoted by Alexei Navalny can end up serving a 30-day prison sentence. Bishop Ananiev continues “To me, this is a clear sign that days of
the Iron Curtain have returned. This is now a fact in Russia.” Did the restrictions begin with the infamous Yarovaya Law?

– Yes. About ten years ago, I recall GCMM Director, Hannu, telling me about this. GCMM conducted over 40 mega-city media campaigns in Russia between 2003 and 2012. It was an unprecedented time of harvesting souls for the kingdom of God in Russia. David Wilkerson, pastor andauthor from Times Square Church in New York warned 4,000 Russian pastors in Moscow that this time of harvest would not last.

By 2012 the Russian Federal Bureau of State Security, better known as the FSB, had threatened all secular media that co-worked with churches in Russia to terminate their activity. Violators would be mercilessly shut down. So, what followed was a time of opportunity to massively distribute printed material by the Church. And, with the media out of reach, GCMM embarked on printing over 6 million powerful evangelistic books called “Experience The Power to Change” for church ministry across Russia. In the past few years alone, we have received reports of 2-3 million people have received Jesus as Lord. That resulted in over two thousand new churches and house churches planted! Presently, churches continue to use GCMM evangelistic literature going from door to door sharing the gospel message. This activity is primarily in Siberia and eastern Russia where the gospel message is still welcomed and received. In European Russia, evangelists are prosecuted and face prison, and houses of prayer have been bulldozed.