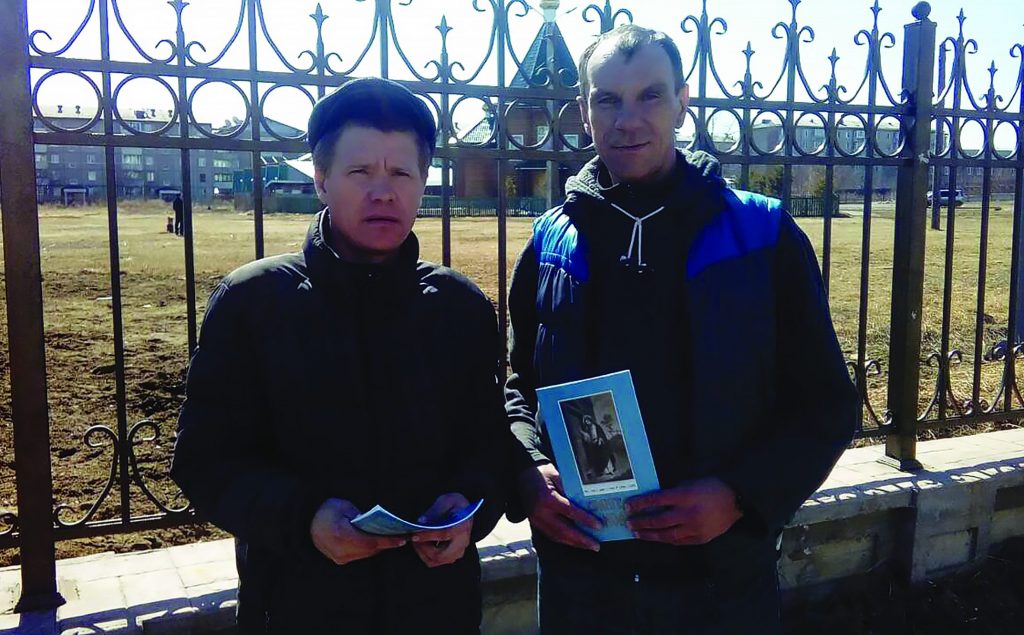 Great Commission Media Ministries continues to print evangelistic literature inside the borders of Russia. On behalf of over 1,000 churches across Russia, thank you for your continued support of this precious literature ministry.

Using these books over 2,500 new churches have been planted in the past 5 years. But a battle rages for the hearts of 145 million Russians. The government has targeted these same churches with renewed persecution not seen since the collapse of the Soviet Union (USSR) in December of 1991.

It is truly a miracle that we can continue to print Scripture and evangelistic literature within the country.

Outside these target areas some of the literature will be distributed in the cities of Moscow, St. Petersburg and Tver.

GCM Ministries founders Laura and Hannu Haukka have ministered in Russia and the Soviet Union for 43 years. Laura was born in Soviet Russia.

Over the past 5 years GCM Ministries has supplied over 4,000 churches in Russia with superb evangelistic tools: 4 million copies of the GCM Ministries book called “Experiencing the Power to Change.” Using this tool, these same churches have planted 2,500 churches across Russia. Additionally, GCM Ministries has printed and delivered 100,000 Bibles for use in these newly planted churches.