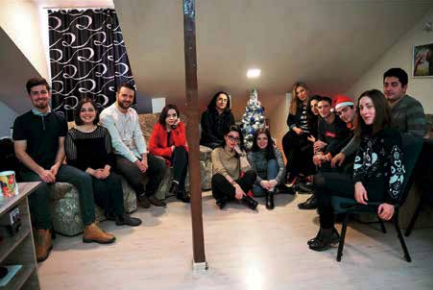 A rush to join the Pesach event in St. Petersburg When restrictions for gatherings came into effect in many countries more than a year ago, we were also unable to organize events commemorating biblically-based celebrations locally. With restrictions easing up and the opportunity to once again arrange gatherings, the GCMM Israel ministry team decided to have a Pesach—an Easter Passover celebration in St Petersburg. Preregistration was by phone, with a couple of hundred people wanting to participate in the event.

People called in enthusiastically to participate, which was a reflection of their great desire to be together again after a long period of isolation. GCMM sent a video greeting for the celebration, with volunteers from the Father’s Heart Messianic Church and Andrei and Ljudmila Evert taking care of the rest of the program. Andrei and Ljudmila have been serving with us in Jewish ministry for many years.

It became evident through the music, praise dances, and the spoken Word of God, that the Messiah of Israel came to free, save and redeem His people. TV Channel in Georgia Georgia in the Caucasus, which is one of the oldest Jewish areas in the world, has a locally Christian-run TV channel. We have a program agreement with them. Their high-level production team began translating and dubbing our Israel-themed programs into Georgian last year, with the first programs already reaching viewers this year.

In addition to our traditional TV channel programs, YouTube has increasingly grown as a form of media ministry for GCMM, receiving 500- 700 messages from viewers monthly. Here are a few examples:

Janna: A huge thank you for your programs, which are eye-opening for me. I would like to get to Jerusalem to experience everything for myself.

Svetlana: Lord, help me and forgive me. Lead me to your light for Christ’s sake!

Anonymous: Oh, what a program, I have watched it over and over many times in tears. It’s well done and conveys love and goodness. I have experienced a lot of hard things and want to face more goodness in the world. 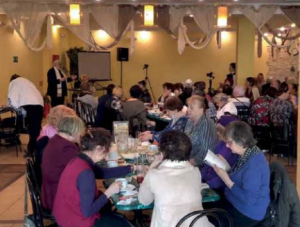 The Pesach celebration in St. Petersburg was the first event in over a year, with more attendees desiring to attend than was possible.