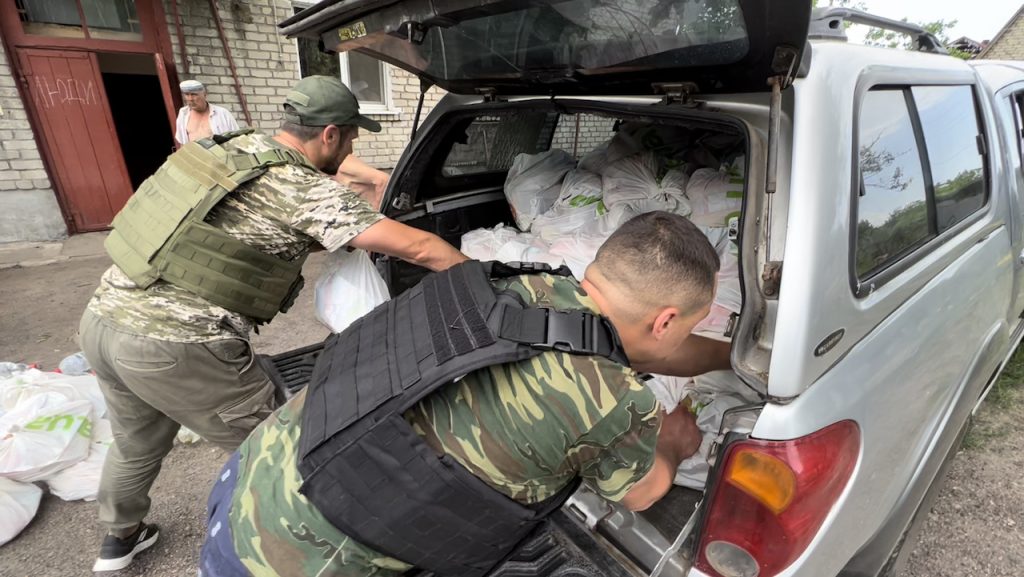 As the Russian invasion of Ukraine enters its sixth month Great Commission Media Ministries teams in Ukraine continue to deliver food, and medical supplies to frontline villages as well as to provide resources for the evacuation of residents trapped along 200 kilometers of active shelling by Russian forces.

While this ministry is a life-saving ministry for thousands of Ukrainians, it does not go without danger.

Yet we are honored to be on the frontlines helping provide for those who were classified by Jesus as “the least of these”, in the middle of a horrific war.

GCMM provides for the maintenance and fueling of twenty vehicles run nonstop to transport food, water, and medical supplies into villages suffering from unending shelling by Russian forces as well as taking mothers and children to safety. Thank you for standing with us and enabling us to do so.

The war is taking its toll. In East Ukraine infrastructure has practically collapsed. Food markets, gas stations, pharmacies, schools, and utilities have been bombed and are no longer functional. Paying jobs are hard to find. 50,000 women serve in the military of which 5,000 are fighting on the frontlines. Thousands of women and children take cover in bomb shelters day in and day out.

Most volunteers will not have the resources to financially contribute to this crucial ministry. So, GCMM helps with transport costs. To date, our three partnering logistics centers in Ukraine have delivered over 100 tons of food, water, and other aid to the frontline villages. Yet, the need is acute and ongoing as long as the war continues.

The lead vehicle in our convoy was severely damaged in a near-fatal accident when we were caught in intense artillery shelling and rocket fire in this frontline village.  As we sought an escape route from escalating Russian artillery we ended up in a high-speed collision with a Ukrainian forces jeep which threw our vehicle uncontrollably cartwheeling sideways. The roof, sides, windshield, and rear of our vehicle were severely damaged. The other vehicle involved had been called in to provide reinforcements to defending Ukrainian forces facing. 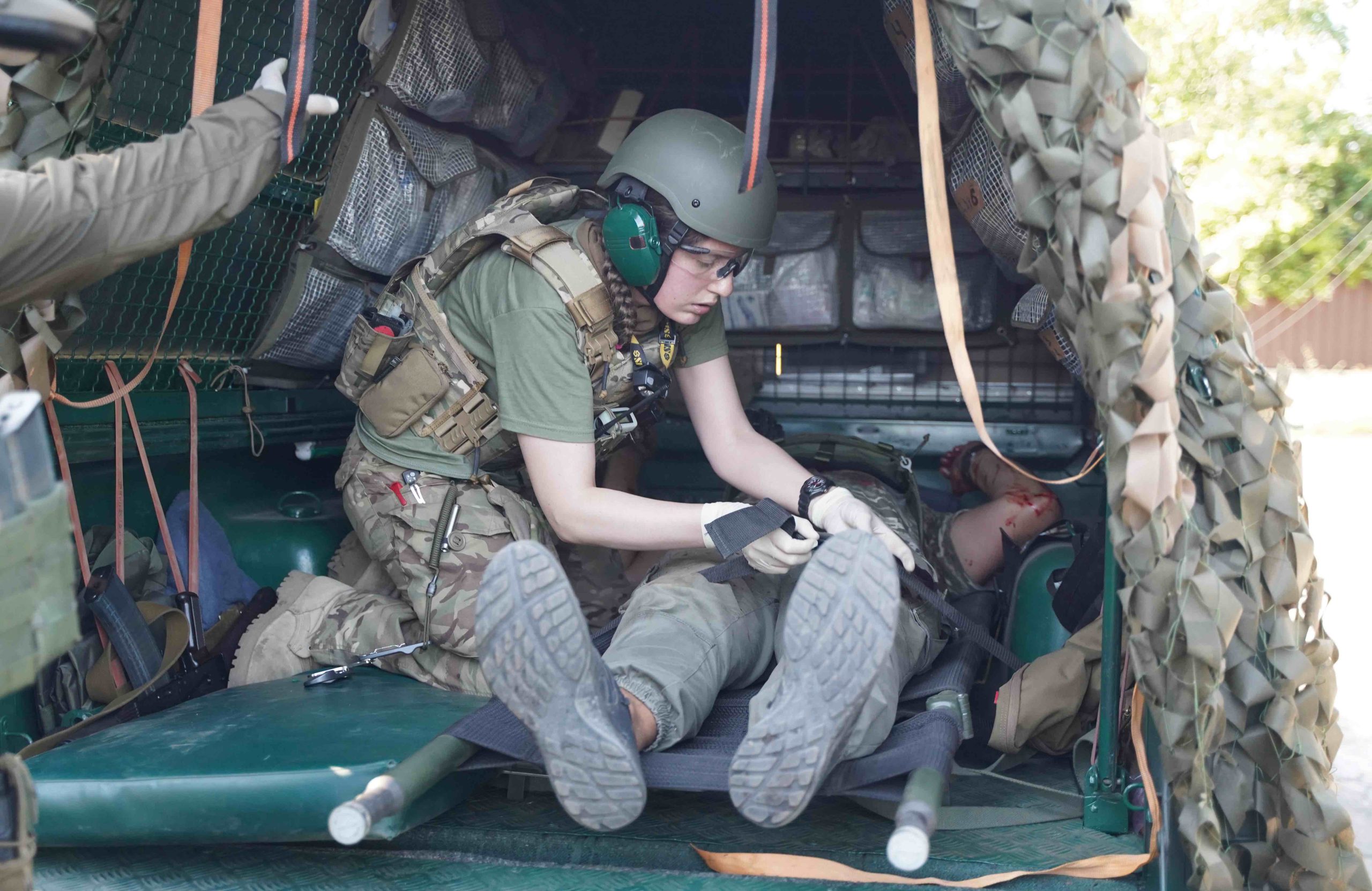 There were no casualties, but two of our volunteers were transported by military ambulance to a military hospital in a major city 100 kilometers away. Ukrainian military medics arrived on the scene quickly and administered first aid. 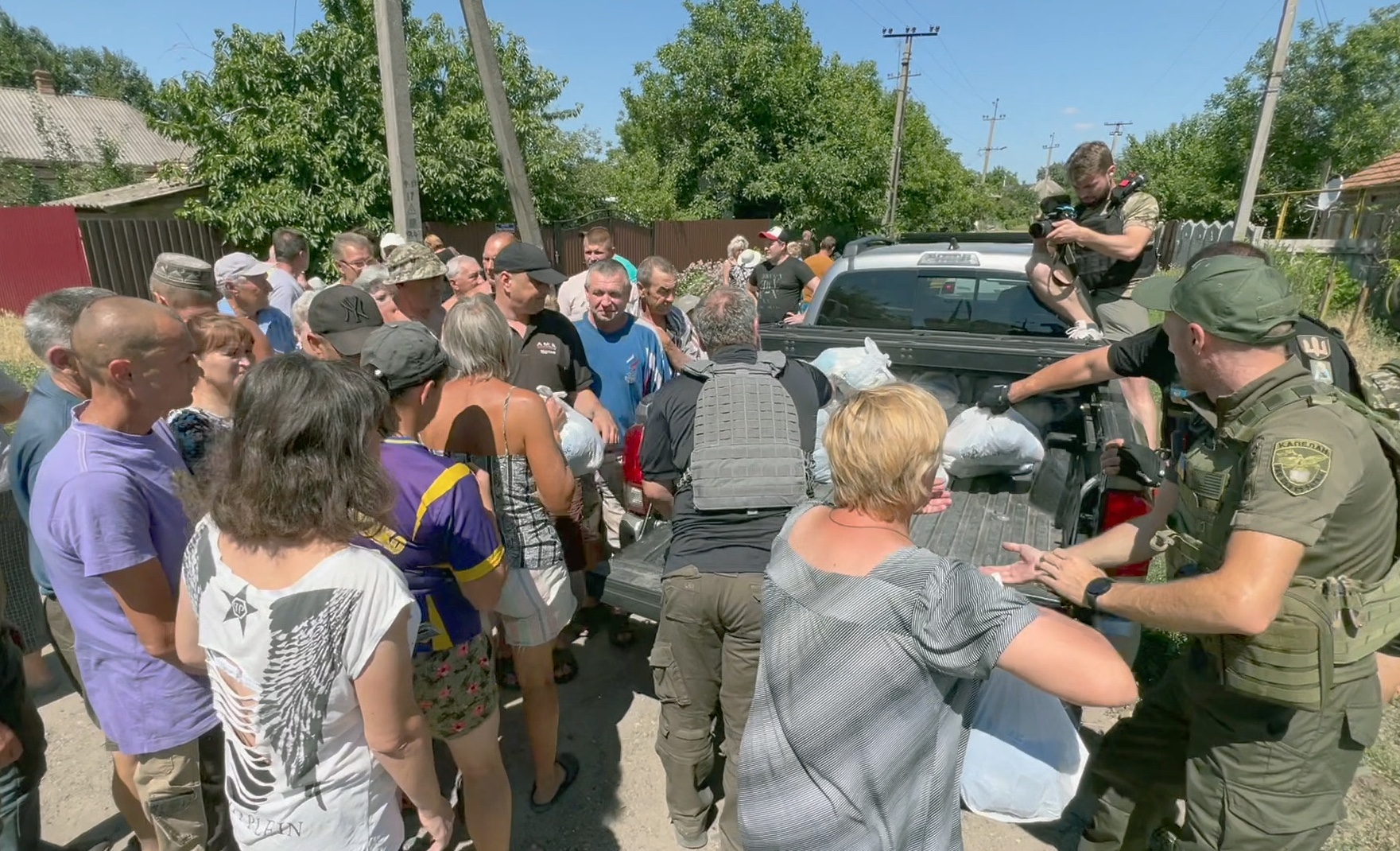 Prior to the collision, we were able to successfully unload the humanitarian aid as well as minister to over 100 people taking cover in a makeshift bomb shelter in the basement of a village public school. 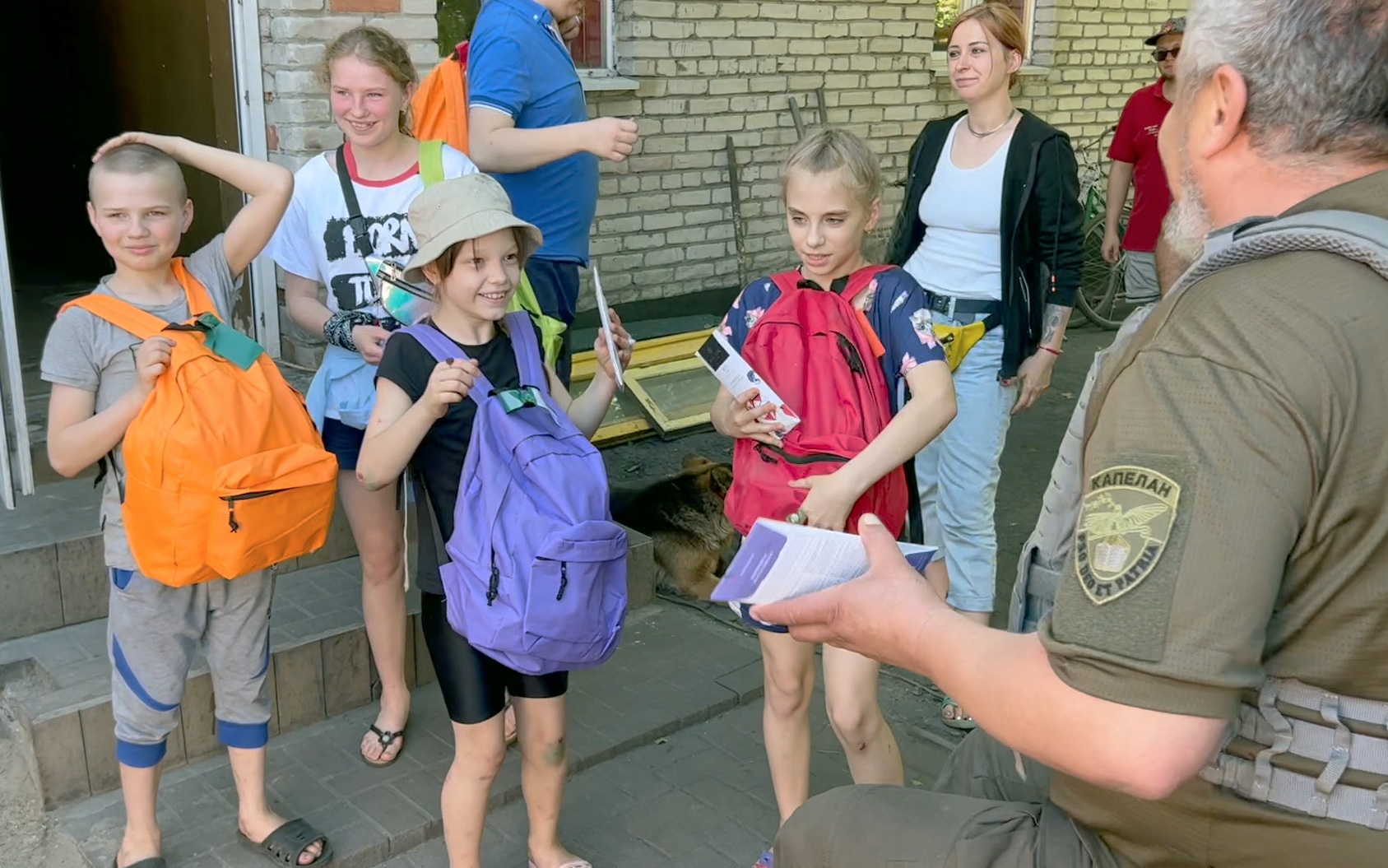 Chaplain Albert speaks to children who had come out of the basement of the school for a brief moment to get specially prepared backpacks with clothing, sweets, and a toy. The war has severely disrupted the lives of families living in frontline villages and towns.

It is dangerous to remain above ground for any length of time. There is a constant fear of being hit by Russian artillery or GRAD rockets. Yet, despite the danger, food and medical supplies are delivered by GCMM to the residents of frontline villages.

Thank you for your prayers and support for Ukraine.