I recently returned from an intensive working session in Kiev, Ukraine with key Christian leaders. As you may remember, GCMM has conducted large-scale media campaigns in both Kiev, and in the Black Sea port city of Odessa. Using Ukrainian state television channels and mainline media, the message of God’s power to change hearts of men and women has touched millions of Ukrainians.

A third media campaign was scheduled for 2020 in the current war zone where Russian military forces continue to occupy Ukrainian territory.

But because of recent hostile Russian military activity along the current line of conflict as well as the current pandemic, the campaign was necessarily re-scheduled for December this year.

Pastor Yuri Babinets served as our media campaign manager in Kiev and Odessa. Yuri also serves as the lead pastor of the largest evangelical church in the former Soviet Union.

Pastor Yuri’s church has grown by leaps and bounds. Contributing to that growth, Yuri sees it as part of the large-scale city media campaign.

Pastor Yuri says: “We have seen the impact of the mega city media campaign, with record numbers of people being baptized, and now many years later, our church has 800 small groups and/or house churches with 130 assistant pastors. Our church alone, received 1,200 people through our doors, who had requested the evangelistic book containing powerful transformation stories. Within a year 1,000 people were baptized and today are actively involved in church life. We have seen profound change in their lives.”

Question: How has the Church in Kiev experienced the pandemic?

The pandemic has been very difficult and continues to be a challenge. Our main goal has been to protect our membership and the lives of our doctors and health care workers as they have been serving in area hospitals.

Question: Is it dangerous to conduct a media campaign in the war zone?

Recently, representatives of the Ukrainian State Security and Military Intelligence invited our leading church leaders for consultation. They underlined the issue of deeply entrenched feelings of hopelessness, suspicion, fear, animosity, and revenge in cities and towns along the line of conflict. The purpose of the meeting was to seek ways to melt the ice-cold walls of emotional animosity.

The Ukrainian government realizes that without the Church, a return to normal in the currently occupied areas is not possible. Only the Church has the keys to unlock people’s hearts, minds and souls.

Only the Gospel can bring healing and peace to people in this troubled region. Without the Church, there is no hope. State security has offered their full support for the upcoming media campaign. The church preaches the message of the life-changing power of God, powerful to restore and heal poisoned hearts and minds, to enable Eastern Ukrainians to live as a united people once again.

Stories of Changed Lives in The War Zone

The 15 stories in this campaign book are stories of God’s miracles in the lives of young girls, boys, adults and seniors from different walks of life who have commonality in facing the past, adversity and a host of other problems. Included in the campaign book are students, labourers, miners, doctors, teachers, and scientists.

War zone realities have made it necessary to publish the book in Ukrainian and Russian. The point here is that no matter which language is spoken, we are all brothers and sisters, be they in Kiev, Western Ukraine or Eastern Ukraine or in the Crimean Peninsula.

A Powerful Story of God’s love!

Pastor Yuri went on to tell a story of how the love of God works wonders.

“The mega city media campaign in Kiev took place in early winter. That year, the first snow fell in mid-November. It was a heavy snowfall. One particular evening, our church purchased several thousand roses for distribution. We attached a card to each rose with the words ‘God loves you’. Our young people were out in numbers in the blizzard handing out roses to passers-by.

One of our team was standing at a bus stop and met a woman who stepped out of the bus carrying two huge bags, at the same time trying to shield her face from the snow with the hood of her coat. She leaped over a snowbank and almost bumped into the young girl holding a rose. The girl smiled, looking at the woman in the eye, held out the rose and said, ‘You can experience the power to change, God loves you!’

The woman broke down and started to weep. She said, ‘My husband left me today. My parents have disowned me and said they don’t need me. And my children will not talk to me’. The woman had planned to prepare her last meal and end her life. This chance meeting, and this young girl with a rose became her saving grace. She received Christ as her Savior and became a faithful follower of Jesus. There are many life-changing stories from the media campaign in Kiev. It is time for Eastern Ukraine to experience God through this campaign.”

“We thank GCMM for bringing the Power to Change Media Campaign to Ukraine. We thank the many friends who have helped us and our country.”

On behalf of our entire team, we wish you a blessed fall season laced with God’s protection and provision.

When you give to Great Commission Media Ministries, you’re making an investment in people all over the world who still have not had the opportunity to hear the good news of Jesus. 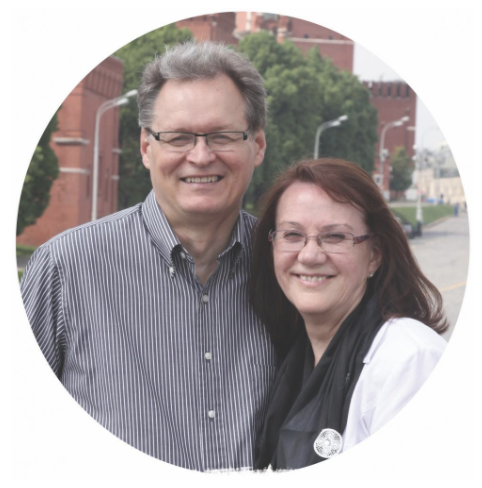 May God’s abundant blessings be yours,