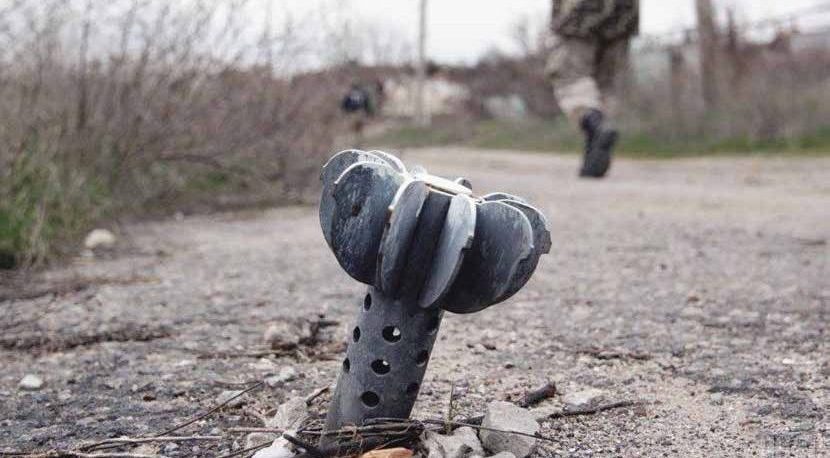 Churches in the zone will work together with GCMM to reach two million Ukrainians living in a region called "Donbas."

Stretching from the port city of Mariupol on the Sea of Azov to the vicinity of the city of Luhansk, the last major city in the occupied territory. 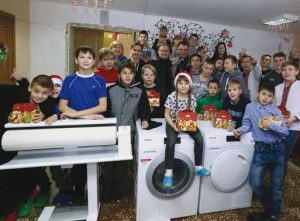 GCM Ministries purchased and delivered a new washer and dryer and a clothes press. There is no shortage of laundry with so many children.

We continue to plan and prepare for an evangelistic campaign along the active war zone between Russia and East Ukraine. The start of the campaign will take place in the summer of 2020, God willing.

Our goal is to reach two million people on both sides of the front lines with the gospel message: "To all who received Him, He gave the power to become sons of God," John 3:12!

Approximately 1.5 million people live in the war zone. The director of a local orphanage is Pastor Gennady Mohnenkon. His congregation has been struggling to help the residents in the conflict zone. Missions groups from the church visit with people offering them spiritual help as well as humanitarian aid.

GCM Ministries has financed the building of a chicken farm at an orphanage close to the conflict zone.

This farm is located in the village of Chervonoye, on the outskirts of Mariupol.

It is of great importance to the whole ministry. There is no longer a shortage of meat-based protein for the many children at the "Pilgrim" orphanage.

The farm produces enough meat for the facility for the elderly in Demyanovka. They are physically restricted.

We also deliver broilers to the soldiers on the front lines when we travel to hold services and minister to them.

Some families have offered their homes to be used as a place to worship. The Church is seen as a safe haven among the constant bombing and destruction that war causes.

Local pastors and church leaders agree that this is an opportune time to conduct an evangelistic media saturation campaign. People are seeking God right now.