The pandemic continues to spread unchecked in Russia

In October, record numbers of deaths due to the Coronavirus were recorded in Russia. An extensive statistical comparison on a popular Russian website revealed that, according to official statistics, over a thousand deaths have been recorded per day. The total number of deaths in the pandemic has exceeded 215,000. According to GCMM sources, the pandemic has not spared churches. In one St. Petersburg church, the entire membership has fallen ill with Covid. This church is by no means the only one to experience the same fate. The pandemic has touched many friends of GCMM’s Russian ministry.

In the early days our Russian radio ministry in the Soviet Union, our programs would frequently feature beautiful music from churches within the Soviet Union. The performances of Boris Berezhnoy, the top vocalist of the First Moscow Baptist Church, and com- poser Yevgeny Goncharenko have blessed countless millions with their worship music in venues across the former Soviet Union, as well as millions of radio listeners from the 1970's to spring of this year. Boris first performed at the age of four. In 1967 he was baptized in Frunze, now known as Bishkek. That same year, he befriended Yevgeny Goncharenko, who in 1974 invited Boris to minister in Moscow.

Since then, Boris has ministered in song and word in thousands of churches, on hundreds of mission trips in the former Soviet Union and Russia. This past spring, at the funeral of his friend and composer Yevgeny Goncharenko, Boris sang a powerful song which Yevgeny had specifically written for Boris. The song is called "We Are Letters of Christ." The lyrics challenge every believer, since ‘People read our lives and how we live, as one would read a letter.’ Boris often sang this song in his concerts. At Yevgeny's funeral, Boris said, "We have a lot of ministry ahead of us in Heaven. Preaching is no longer needed, but there is a lot of demand for worship music."

About 3 months later, Boris’ obituary appeared: "On June 25, 2021, Boris Berezhnoy (born 1949), a famous performer of classical Christian songs and head of the chamber ensemble Blagovestie, left his earthly life to be with his Heavenly Father. The day before, his wife Raisa went to be with the Lord. These sad events were preceded by the onset of COVID-19, which took the lives of both spouses. Boris' wife, Raisa Dmitrijevna, faithfully and humbly support- ed her husband's ministry.

They finished their course on earth together. Boris' home church in Moscow added their condolences: "We express our deepest condolences to the family of Boris and Raisa. May the Almighty and Merciful Lord send His comfort and help! The reunion in Heaven is near!” "The righteous are taken away to be spared from seeing evil!" (Isaiah 57: 1) 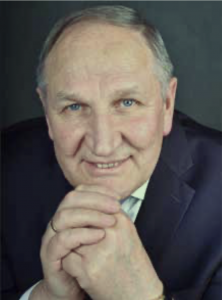 Well-known Russian singer Boris Bere- zhnoi and his wife Raisa died due to the coronavirus. 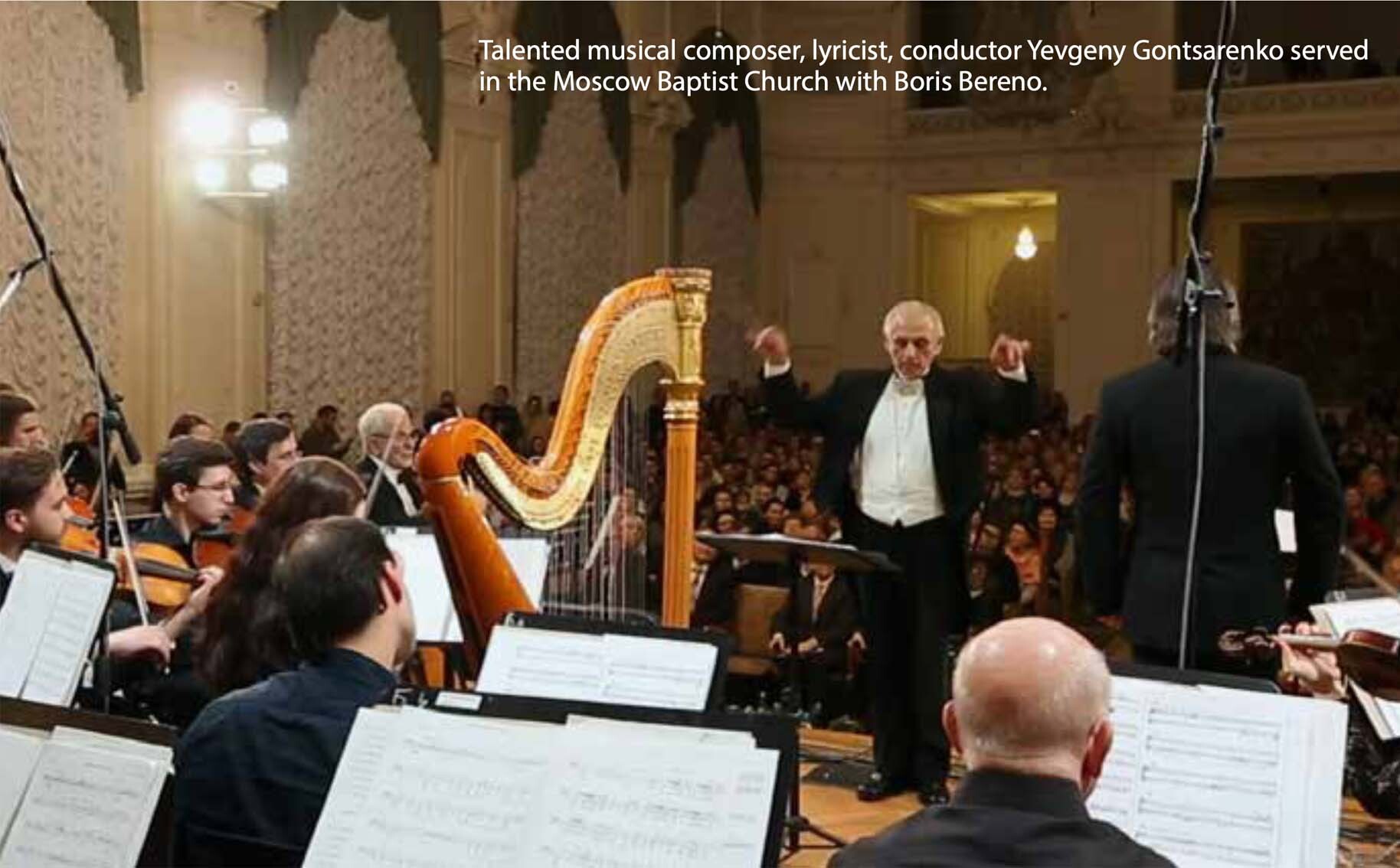 East Ukraine: "Sooner Or Later This War Will End..."

The GCMM media campaign planned for the war zone in East Ukraine has received support from a surprising source. Officials responsible for State Security invited church leaders to discuss the impact of the prolonged conflict in the occupied territories of East Ukraine.

"Only the Church has the message that can bring healing to minds and hearts, change attitudes, and thoughts, so that East Ukraine might once again live as a united nation," says senior pastor Yuri Babinets of the Kiev mega church. At the outbreak of the war, millions of people fled the occupied Donetsk and Luhansk regions. Still millions of others remain in their villages and towns despite daily hostilities in East Ukraine.

Sooner or later, this war will be over and we will have to look each other in the eye. Yes, there are also churches, pastors, members of the Church on the other side of the front line as well. We all need to give an account of what we have done on this side, and they too will give account of what they have done on their side. I understand that the general population is not to blame for what is happening. Powers beyond their control have led to these atrocities. God is the judge. The only thing God requires of us is that we love our enemies. Our enemies can even be far away and yet, we do not love our enemies. Then it becomes a fact that the "enemy" has gained access to our hearts. Therefore, it is better to love our enemies, as the Bible teaches. 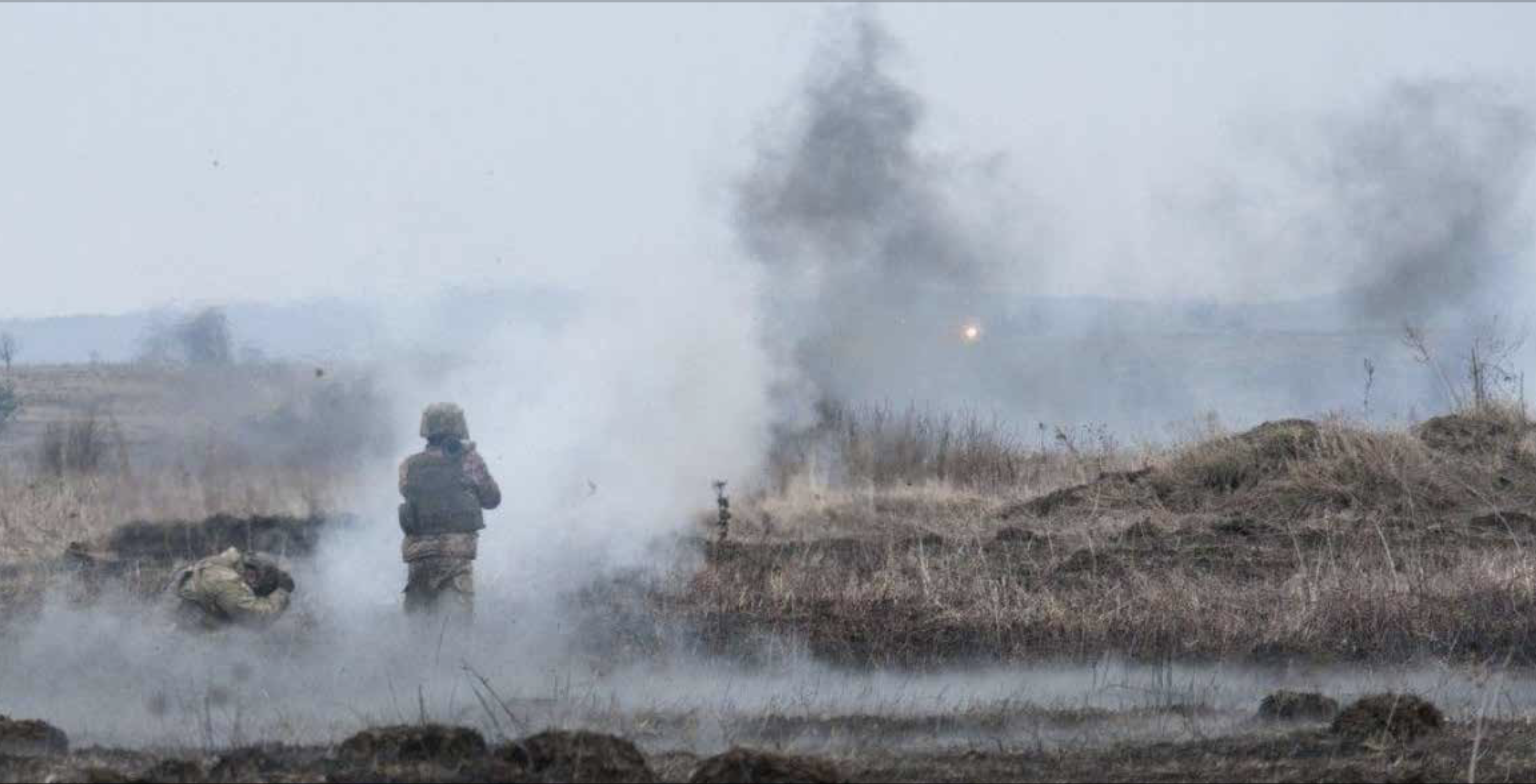