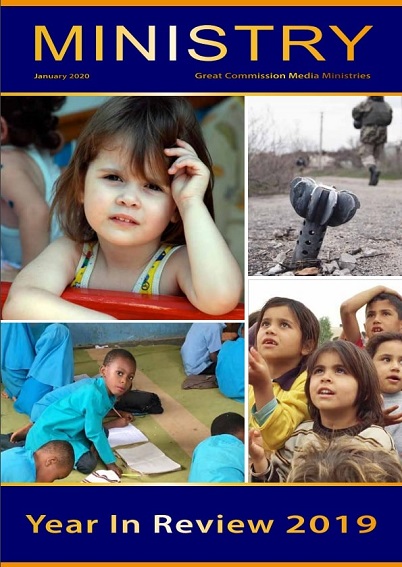 Over 1,500 Villages in South Sudan Receive The Gospel 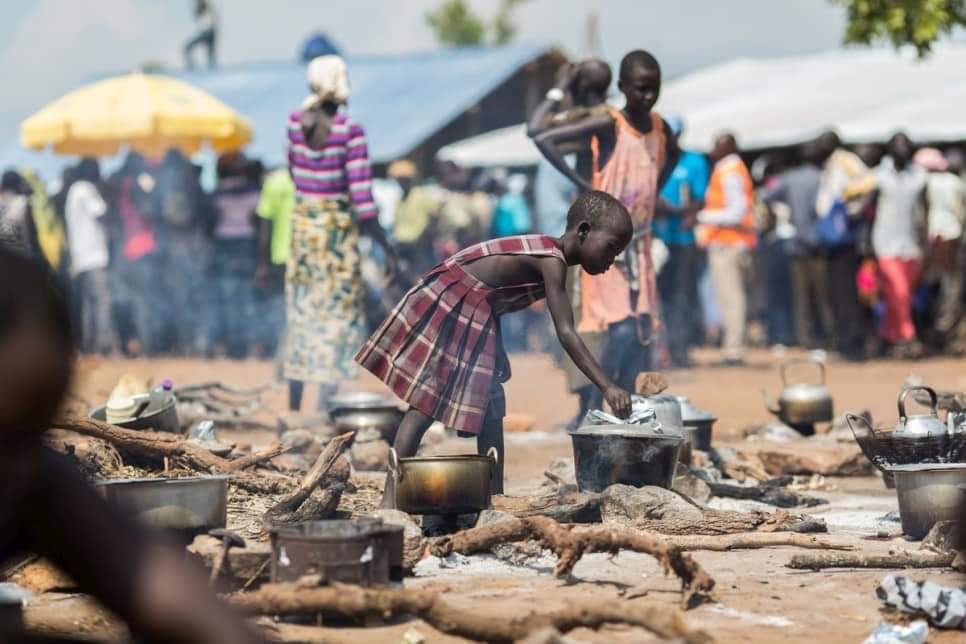 Jesus promised that He would come again in power and glory that the world has never seen.

We live in the middle of the two Advents. In between the two, Jesus gave His followers, including you and me, a Great Commission.

In Matthew 24:14 Jesus promised, "This Gospel of the Kingdom will be preached throughout the world as a testimony to all nations." In Mark 16:15 Jesus said, "Go into all the world and preach the Gospel."

From day one at Great Commission Media Ministries, this is what it has always been about.

Have We Lost Our Way?

Recently I read a brief analysis of the state of the Church today.

- Two thousand years ago, Jesus was born in a manger. Some 30 years later He founded His Church with an unlikely group of fisherman who called themselves The Way.

Within a remarkably short time, The Way became the world’s most influential religious faith―deeply influencing culture, politics, literature, science, philanthropy and the arts. Against impossible odds, that group of nobodies astonished the world.

Two thousand years later Christianity is facing an existential challenge. In the western world, many are asking the question has The Way lost its way?

There are untold millions of people who have not heard the name Jesus, never mind the fact that He came to shed his blood and die for the forgiveness of their sins.

This year again as a partner of GCMM, you have been instrumental in making possible some of the most dramatic evangelism initiatives of our time.

In South Sudan the mega city media campaign in November/December 2018-19 has been a monumental undertaking.

In prior years the civil war in South Sudan has claimed the lives of 400,000 of its citizens. Villages have been burned to the ground one after another.

Yet, the Lord blessed the GCMM mega city media campaign beyond all expectations.

Not only were millions of South Sudanese reached with the Gospel but the president of the nation endorsed the evangelistic campaign.

And not only did hundreds of thousands of people respond to the campaign message but even the Chief of South Sudan’s Internal Security Service commented on the impact and amazing results the Gospel has had in the capital city, Juba.

This is a witness to the power of the Gospel that transforms lives and can influence all of society.

God Made a Way

According to UNESCO, 70% of South Sudan’s population is illiterate. There are 3,000 villages with no schools, no teachers, no books.

This meant that millions of people in the country could not use the evangelism book with South Sudanese transformation stories, the road map to new life in Jesus. They could not pray the prayer of salvation.

This was a challenge we had not encountered before. We would need to deliver palm-size, solar powered, digital audio players to three thousand villages.

At the press of a button, the audio units would play the stories of radically changed lives and instruct villagers how to receive Jesus and become His followers.

God speaks to hearts even today! We received a major donation enabling us to purchase all 20,000 units.

This year, these powerful evangelism tools have been delivered to over 2,000 villages. And the work continues.

"Peace Has Come to the Tribes"

Walter Duku, our GCMM representative in South Sudan tells us what is happening in these villages after eleven months of distribution of the palm-held audio units.

“As we distribute these digital audio units from village to village, we see how the lives of people have been changed. Peace has come to tribes and cattle rustlers have repented. Violence has dropped."

These are villages that we could never visit as Westerners.

We Prayed and Toiled Together

We prayed and ministered intensively that 2019 would be a year of much blessing for South Sudan and a rewarding year for you, knowing that the dollars you have sown have yielded a great harvest of souls.

“Without your support, we could never have done what has been done. We are so thankful to serve with you in South Sudan in reaching those who are hopelessly lost.”

Thank you for bringing the message of God's love to hundreds of thousands of people in South Sudan. 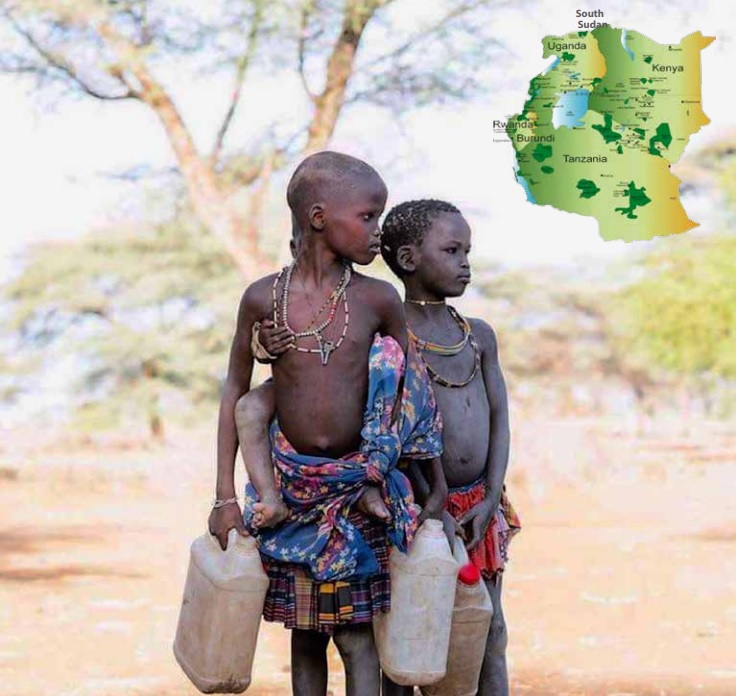 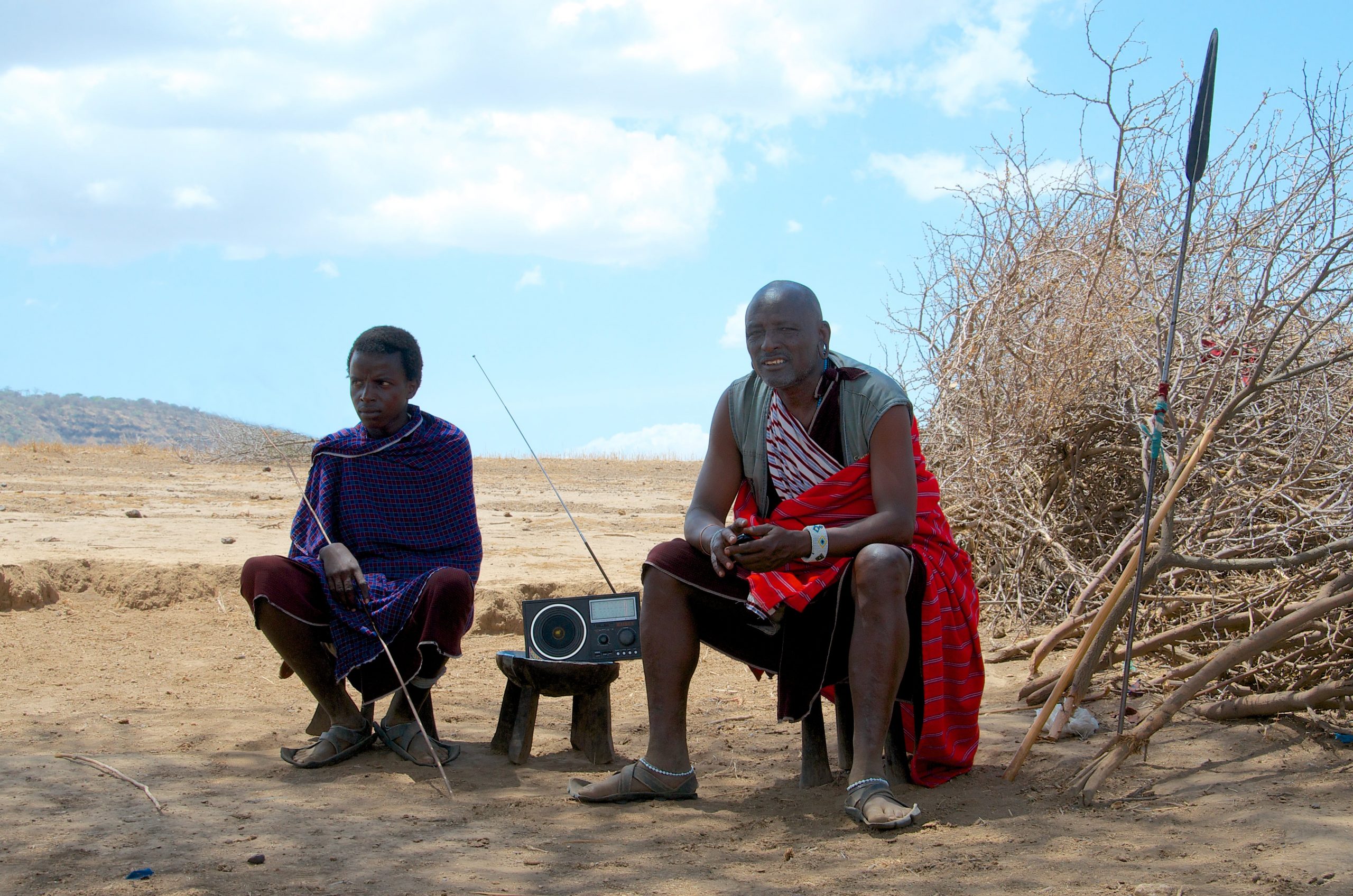 Together with you, in 2019 we have taken the Gospel to multitudes who have neither heard the name of Jesus, nor that He came to save them from their sins (Matthew 1:21). There is strength in unity. A lot simply would not have happened without your prayers and your partnership.

In Tanzania, together with over 1,000 churches, we reaped a harvest of 142,000 souls who are now the focus of intense follow up. Of these, 90,000 callers were Tanzanian Muslims! Tens of thousands of calls were received from other major cities across the nation.

The call center continues to receive up to one hundred calls per day! Media agency data tells us that between 7 million and 9 million people were reached by the campaign from October through November.

For many Muslims, it is a risky step of faith to contact a Christian call center or talk to believers.

One of the powerful transformation stories showcased in all major media in Tanzania was home-grown Muslim, Mesek.

Mesek was on a mission to convert every Christian in Tanzania to Islam and resorted to voodoo, witchcraft, sorcery, spells using selected texts in the Koran. 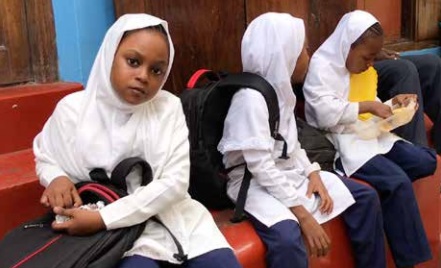 But, in the process, Mesek met Jesus and was delivered from the clutches of Satan. He was a Tanzanian "Saul of Tarsus" on an unholy mission. Mesek’s transformation story triggered thousands of calls from Muslims across Tanzania, wanting to know more about how he had found faith in the God of the Bible.

Originally 30,000 Power to Change evangelism books were printed, but as a result of the volume of incoming calls, that was increased to 90,000. But, that was not enough. The demand was greater. More books are now on order. Each book contains 15 high-impact transformation stories, the road map to new life in Jesus, and the prayer of salvation. 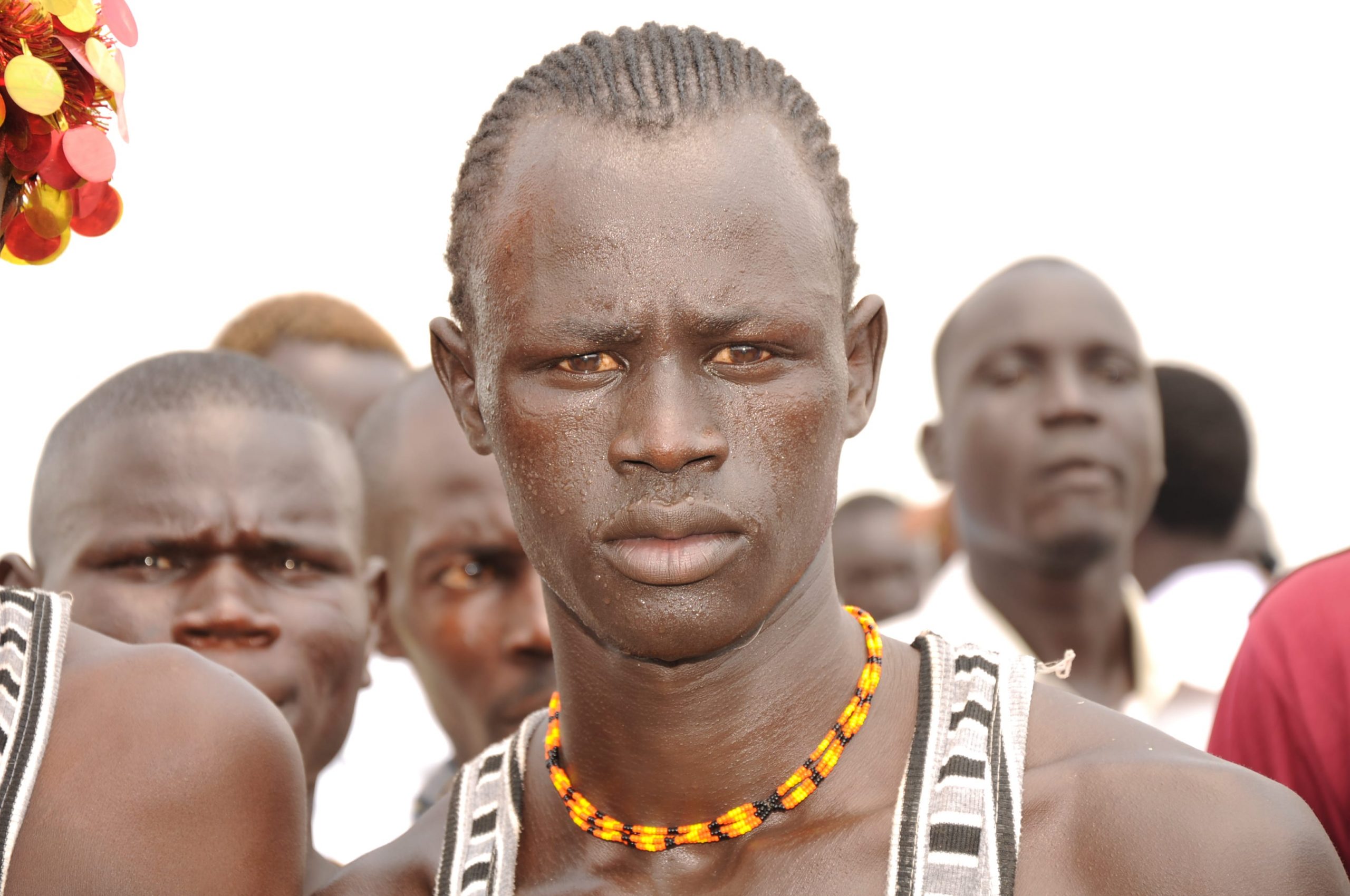 In South Sudan, GCMM distributed solar powered Digital Audio Players to over 1,500 illiterate villages and towns in war-torn South Sudan. Each unit contains the Gospel of John, 15 powerful transformation stories as well as the road map to new life in Jesus. Also included are the best Bible stories in audio for hundreds of thousands of children. According to UNESCO, these villages are 100(%) illiterate. There are no schools and no teachers in these villages.

In the South Sudan campaign we saw a surge toward God throughout the country. The President publicly endorsed the campaign on television and radio. South Sudan police reports that the crime rate has dropped by 40(%) in the capital city. Hospitals are reporting that there is up to a 40(%) drop in patients admitted for treatment for violent crimes. In the villages, reports of people accepting the Lord continue to come in. The harvest continues.

In Siberia in 2019, your partnership with Great Commission Media Ministries made it possible to print 1,220,000 Gospels of John, Experience The Power to Change evangelism books and New Testaments. This literature was distributed to churches from the Ural Mountains to the shores of the Pacific in Eastern Russia. 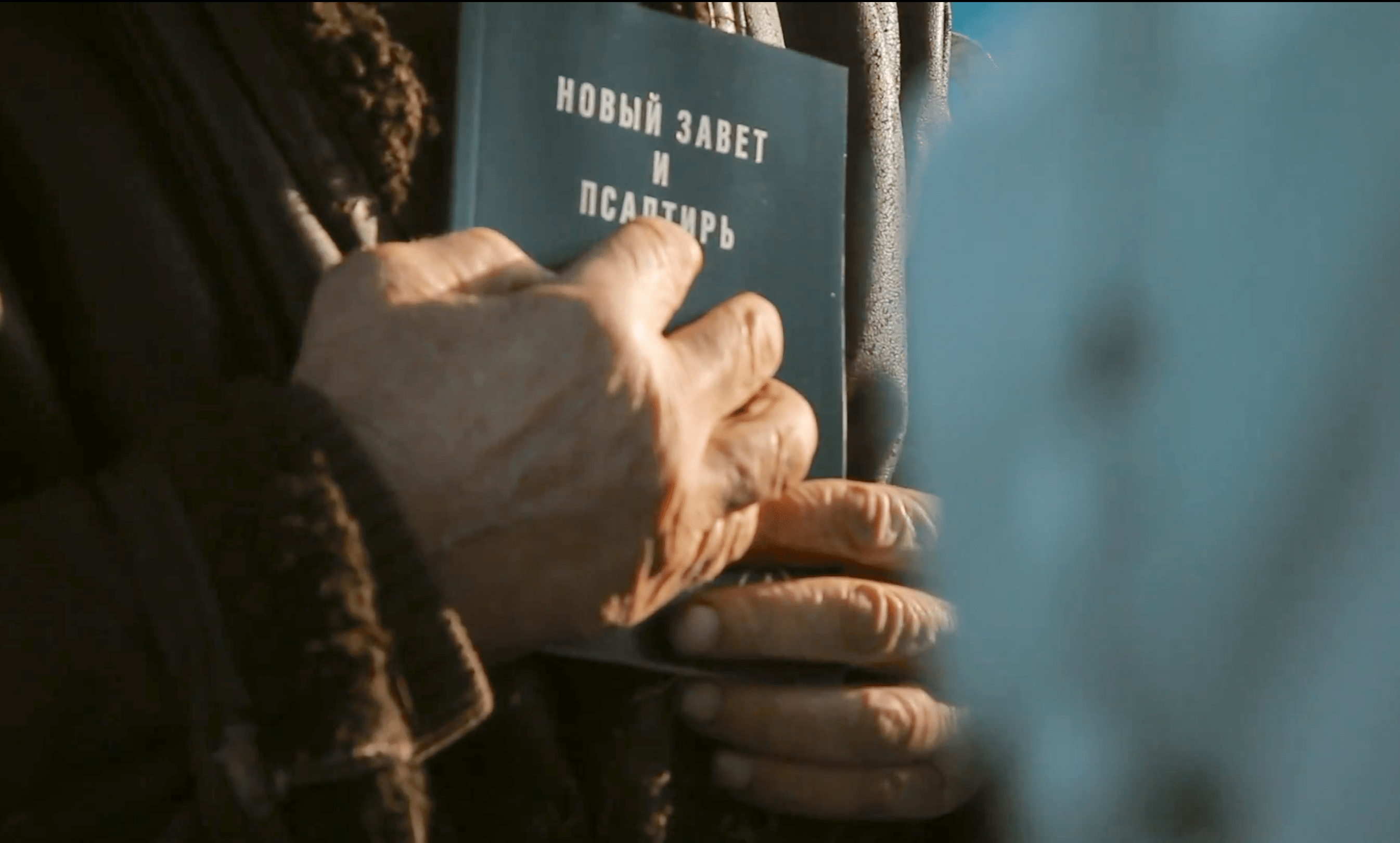 Despite the tightening of religious freedom in the country, churches in Russia asked GCMM if we could supply them with the crucial tools needed for leading their countrymen to Jesus.

We did! And you were a important part of this miracle.

For 2020, GCMM has received requests for another 700,000 books to be used to lead their countrymen to Jesus. 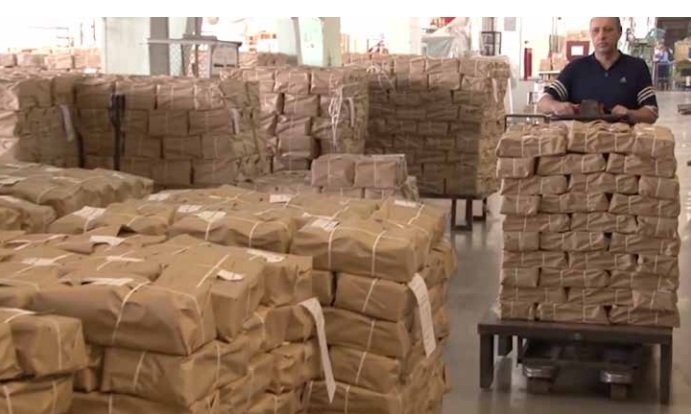 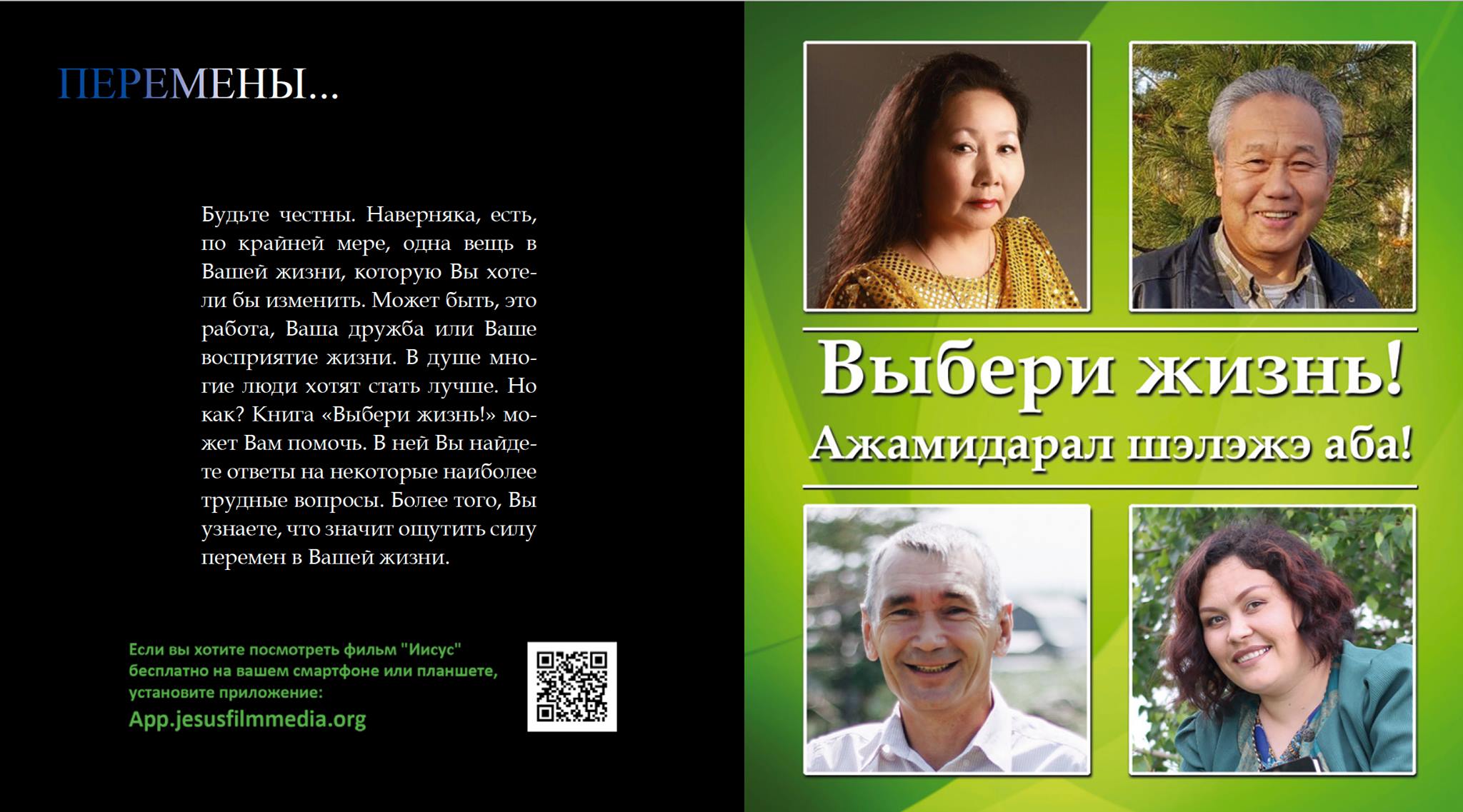 In 2019, the largely unreached Siberian tribes of the Yakuts and Buryats have received delivery of their first evangelistic literature to lead their own people to a living faith in Jesus.

The Buryats are a Mongolian people, numbering approximately 500,000, and are the largest indigenous group in Siberia, mainly concentrated in East Russia along the Russian/Mongolian border.

The Yakuts or the Sakha are a Turkic ethnic group who mainly live in the Yakutsk Oblast in Siberia Russia. Population: 478,000 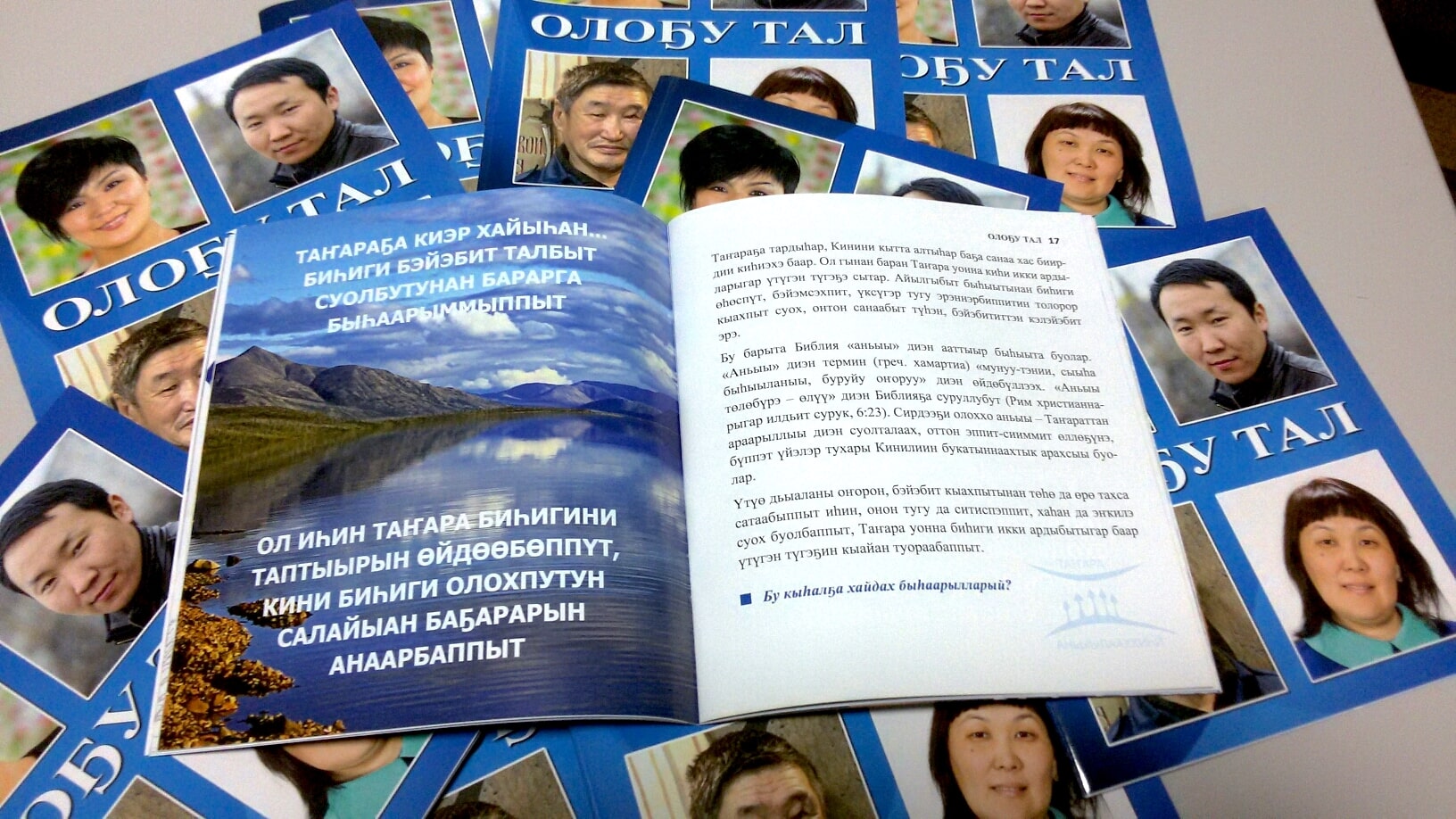 In 2019, we worked with Mongolian churches preparing for a major media campaign in the capital city of Mongolia, Ulaanbaatar, Mongolia. The city has a population of 3.1 million.

Mongolia is a landlocked country in East Asia on the Chinese border.

The key evangelistic tool to be used is the Power to Change book, containing 12 powerful transformation stories of Mongolian believers.

This campaign is scheduled for 2020. 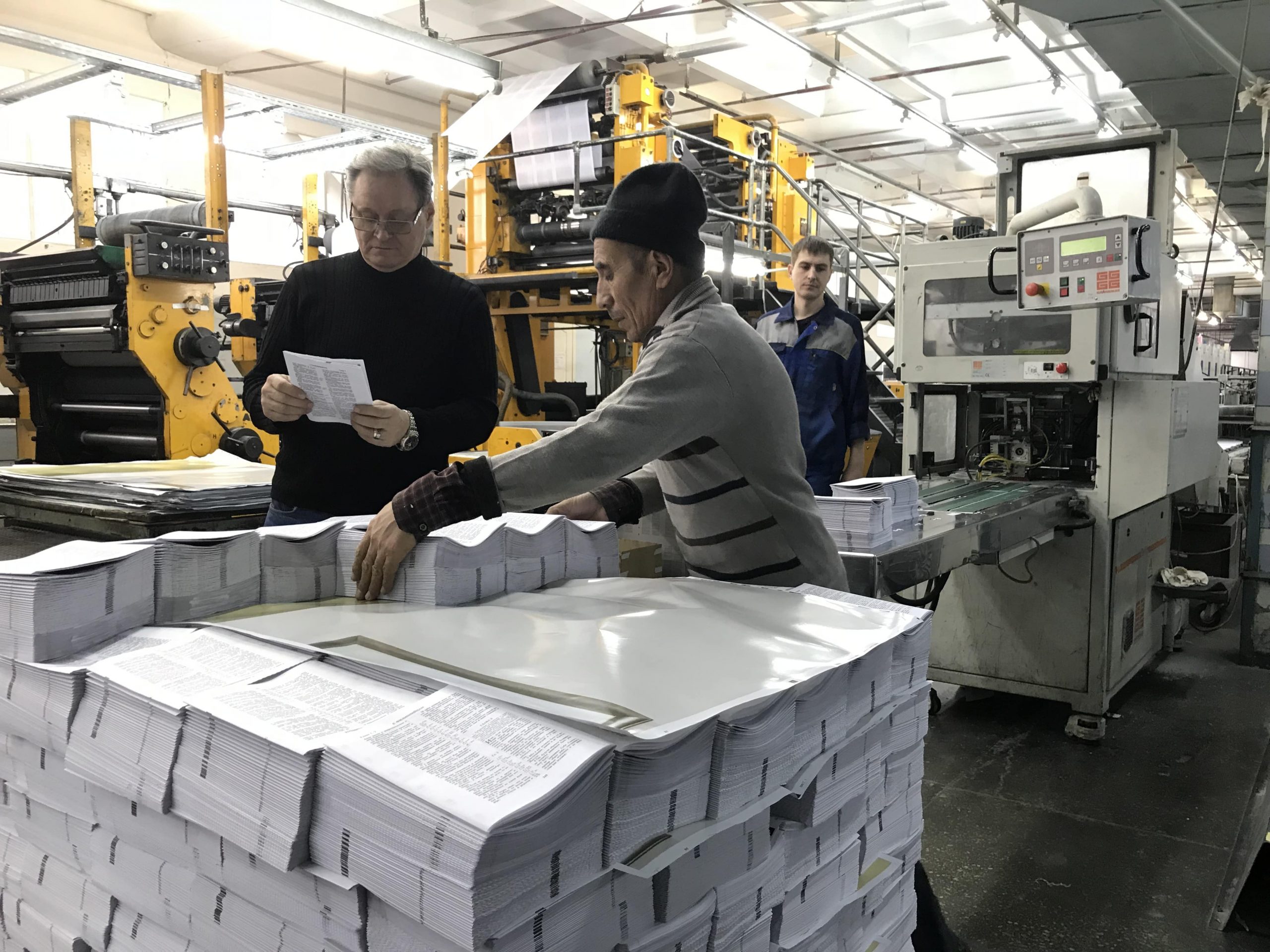 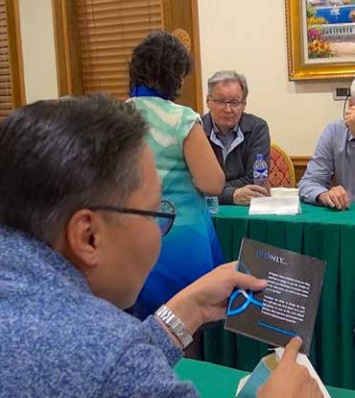 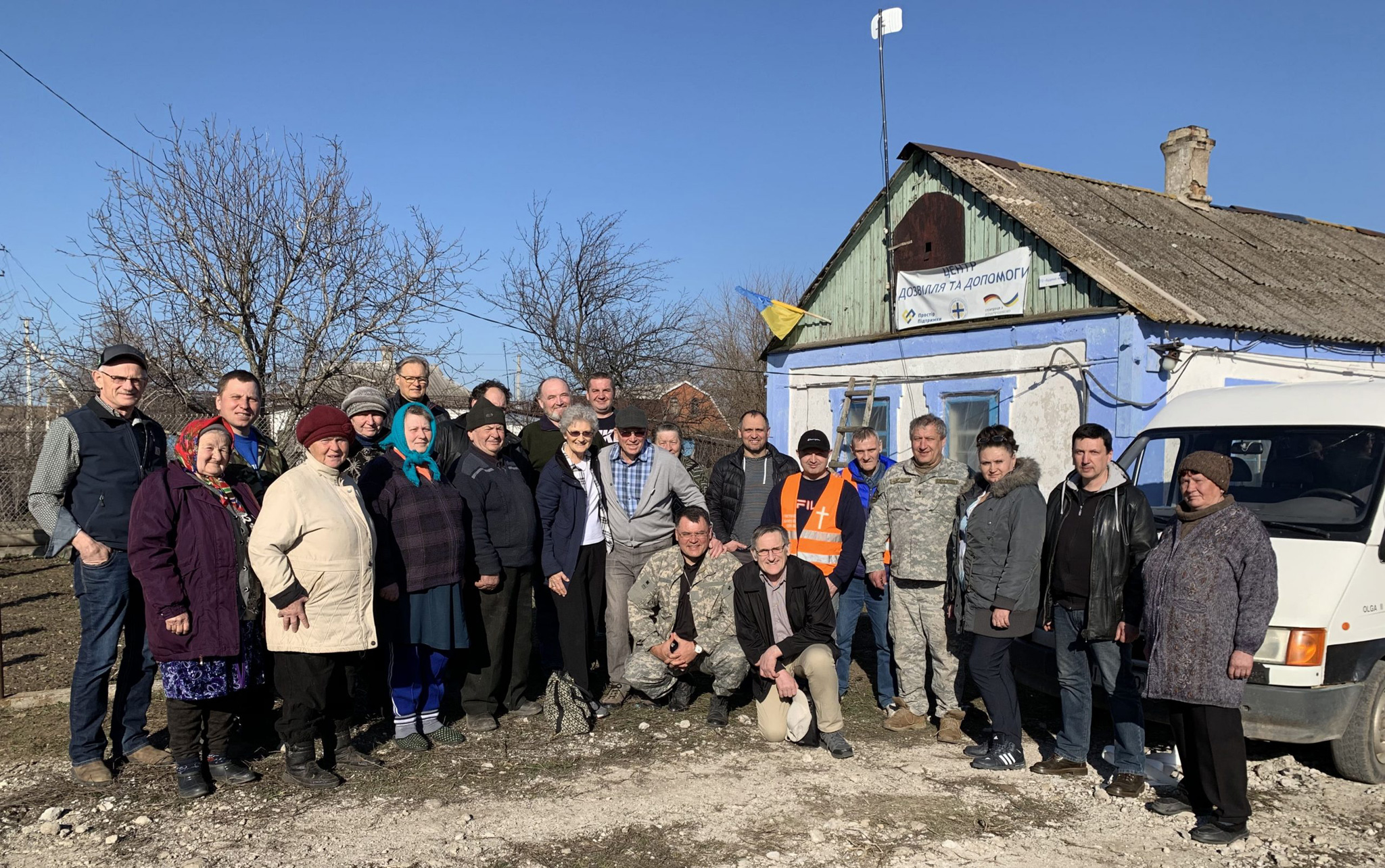 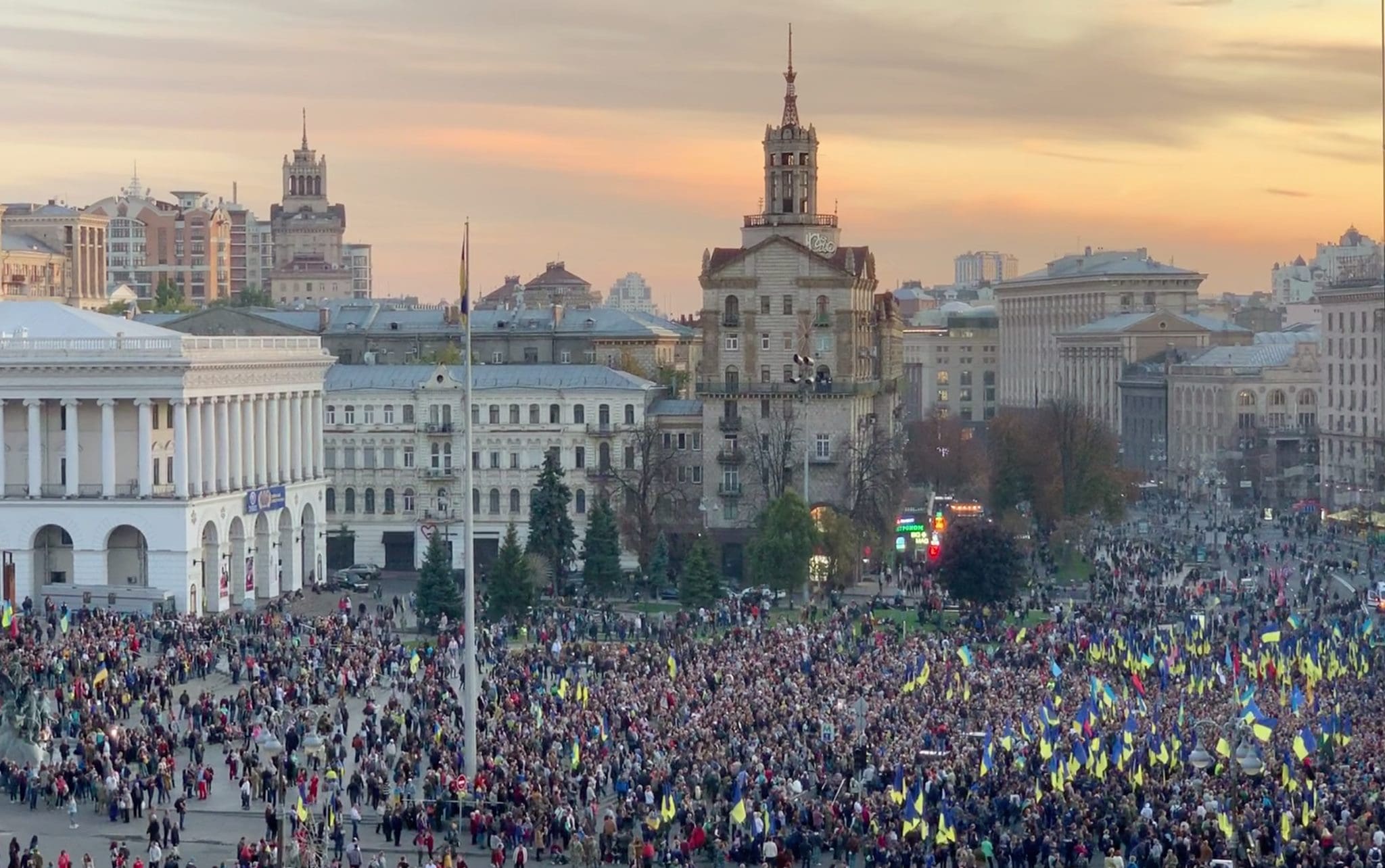 In 2019, Great Commission Media Ministries spent time inside the war zone visiting churches in villages trapped along a 400-mile stretch of conflict zone from Mariupol, by the Sea of Azov, to the Luhansk area north of Donetsk. The focus of the campaign will be the Ukrainian side opposite territory occupied by the Russians. Preparations for the upcoming media evangelism campaign has entered an active stage with media content for television and radio. Heavy artillery and small arms fire shatter the peace on a daily basis. The campaign launch date is to be launched in May/June 2020. 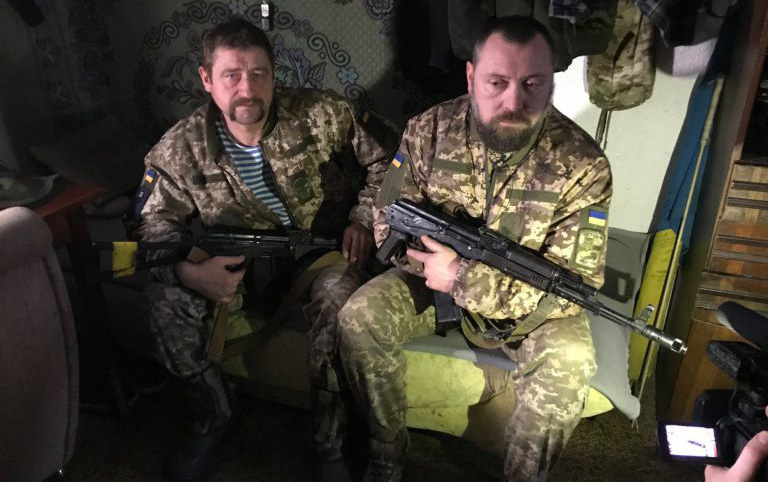 The focus of the media campaign will be along a 400-mile stretch of active war zone. The evangelistic outreach will reach 10 million people. 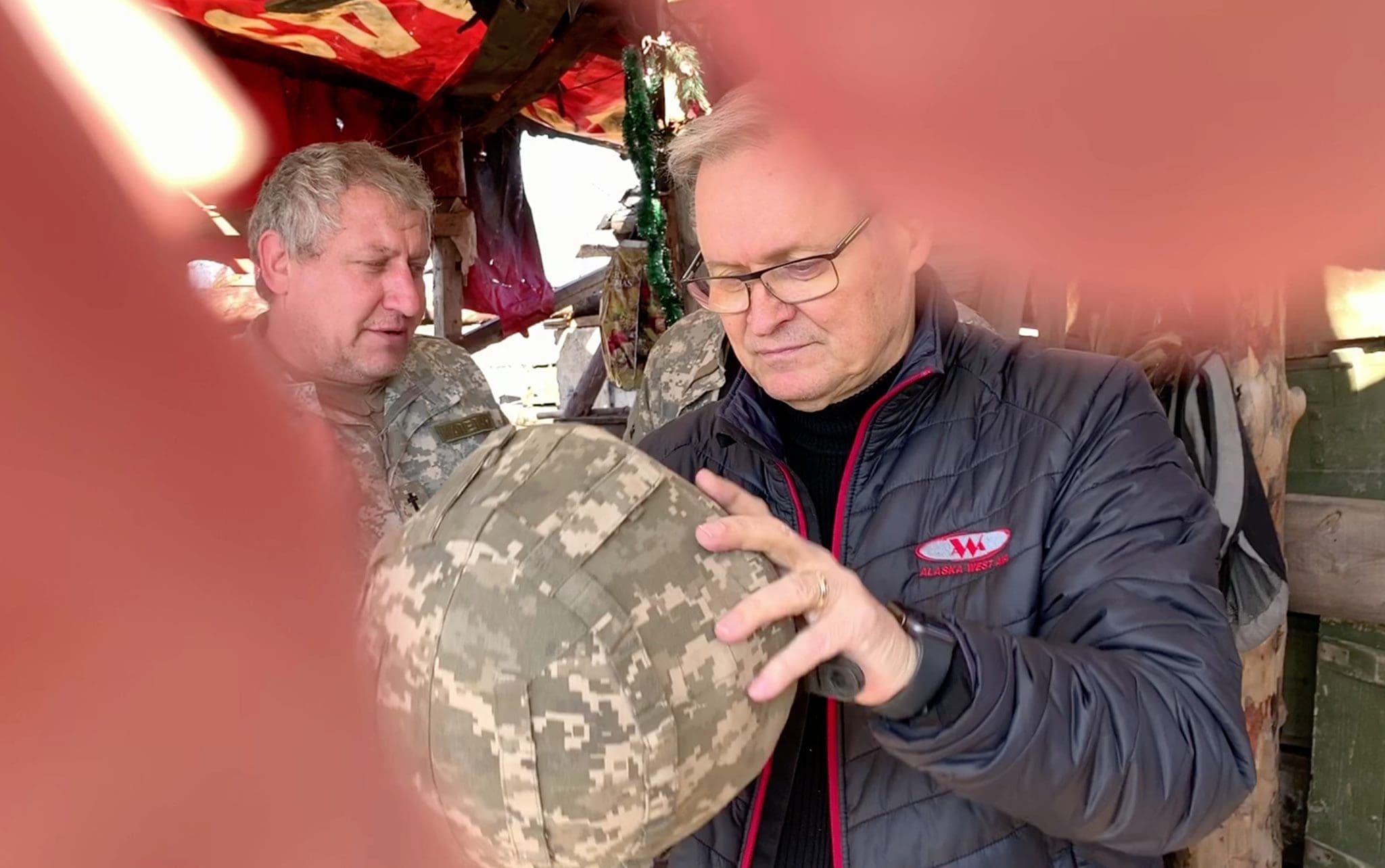 Hannu Haukka visits Ukrainian soldiers located in a forward positon within 2 hundred meters of the Russian backed rebel forces. The area is restricted and closed to the civilian population. 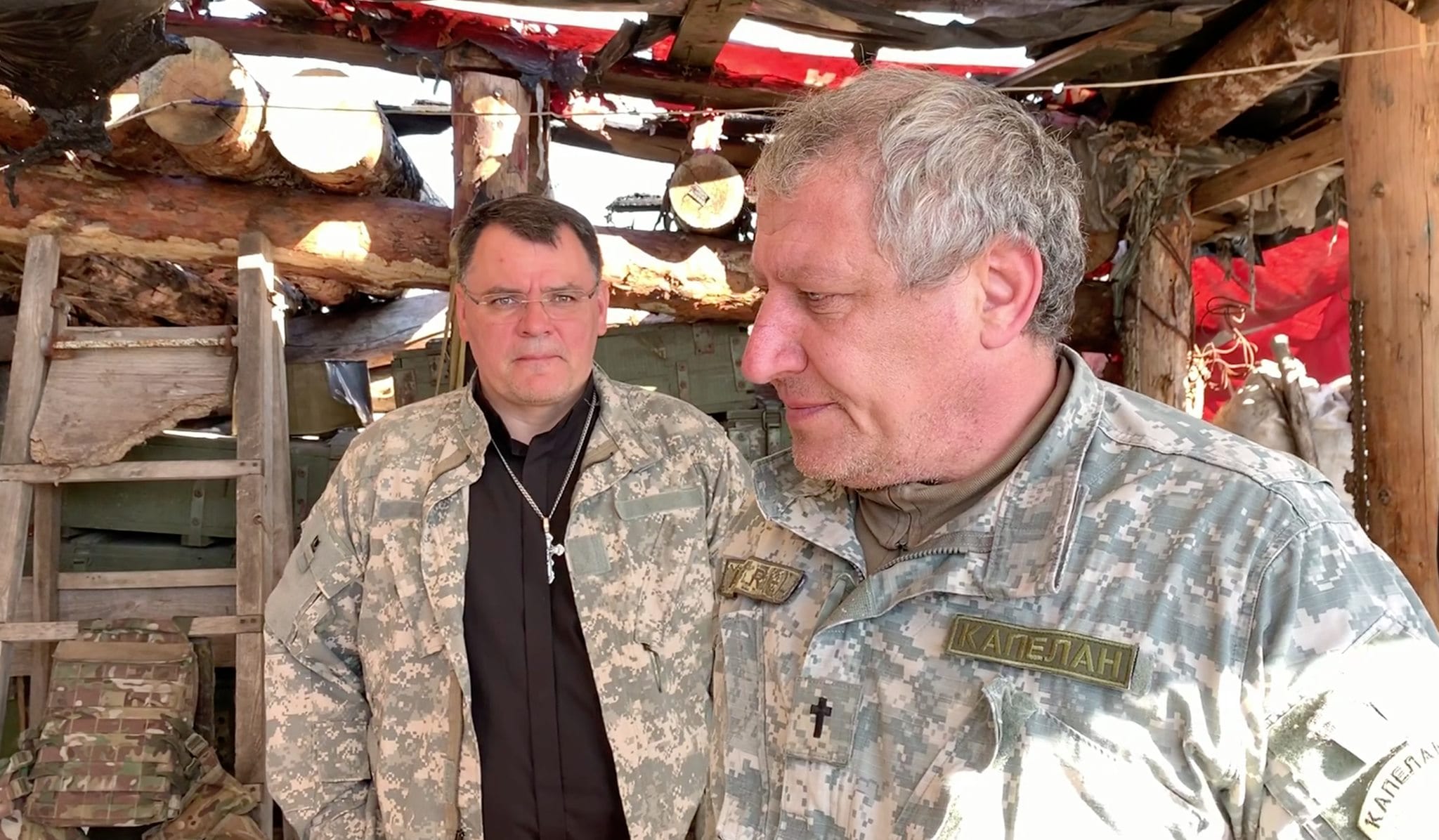 Two minutes after the departure of our GCM Ministries group a mortar landed on the very spot where our van was parked. 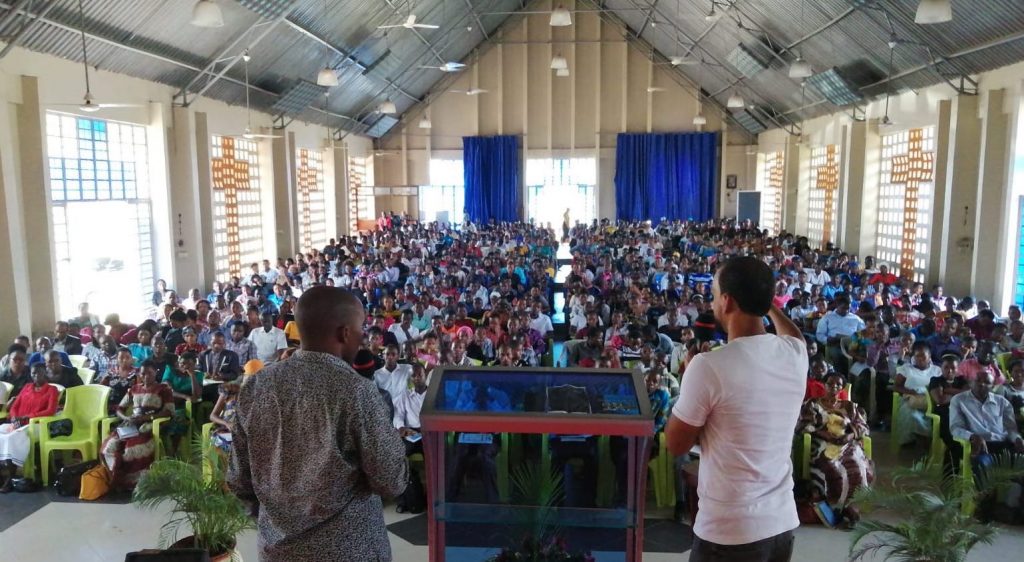 Over 1,000 volounteers from hundreds of churches were trained to take calls at the ministry call center 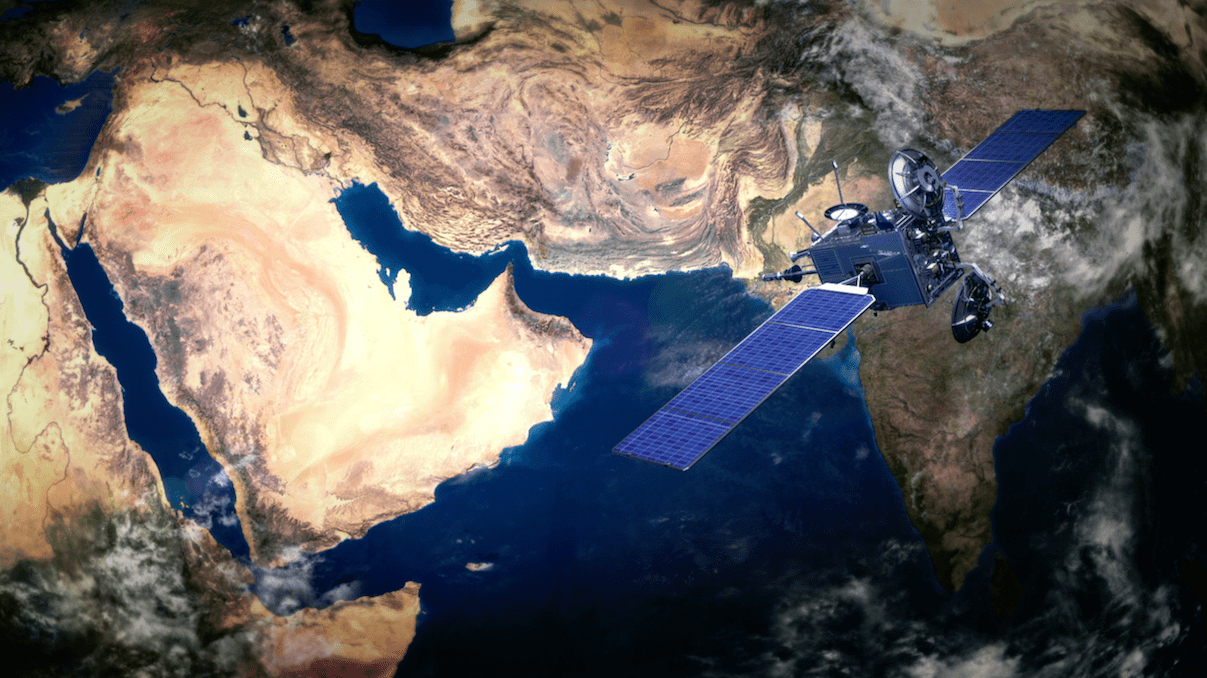 In 2019 we continued to telecast the Gospel to over 400 million Muslims daily, supplying programming for 16 satellites spanning the heavens from Morocco in North Africa across Syria, Iraq, Iran, to Afghanistan and the border of Pakistan. The telecasts are in Arabic, Farsi (Persian), Somali, Sudanese Arabic and Amharic.

To give you an idea of how many countries are covered here is a short list: North Africa: Mauritania, West Sahara, Morocco, Algeria, Tunisia, Libya, Sudan, Ethiopia, Eritrea, Somalia.

When it comes to consumption of satellite TV the Islamic world is in a category of its own.

The region is the biggest consumer of satellite TV on the planet. Satellite TV is the most effective way to preach the Gospel to over 1.6 billion people in Islamic countries, without risk to peoples lives. The telecasts generate 200,000 responses per month.

Follow up is conducted by believers in all countries concerned but with significant risk to their live. Your steadfast prayers are cherished. 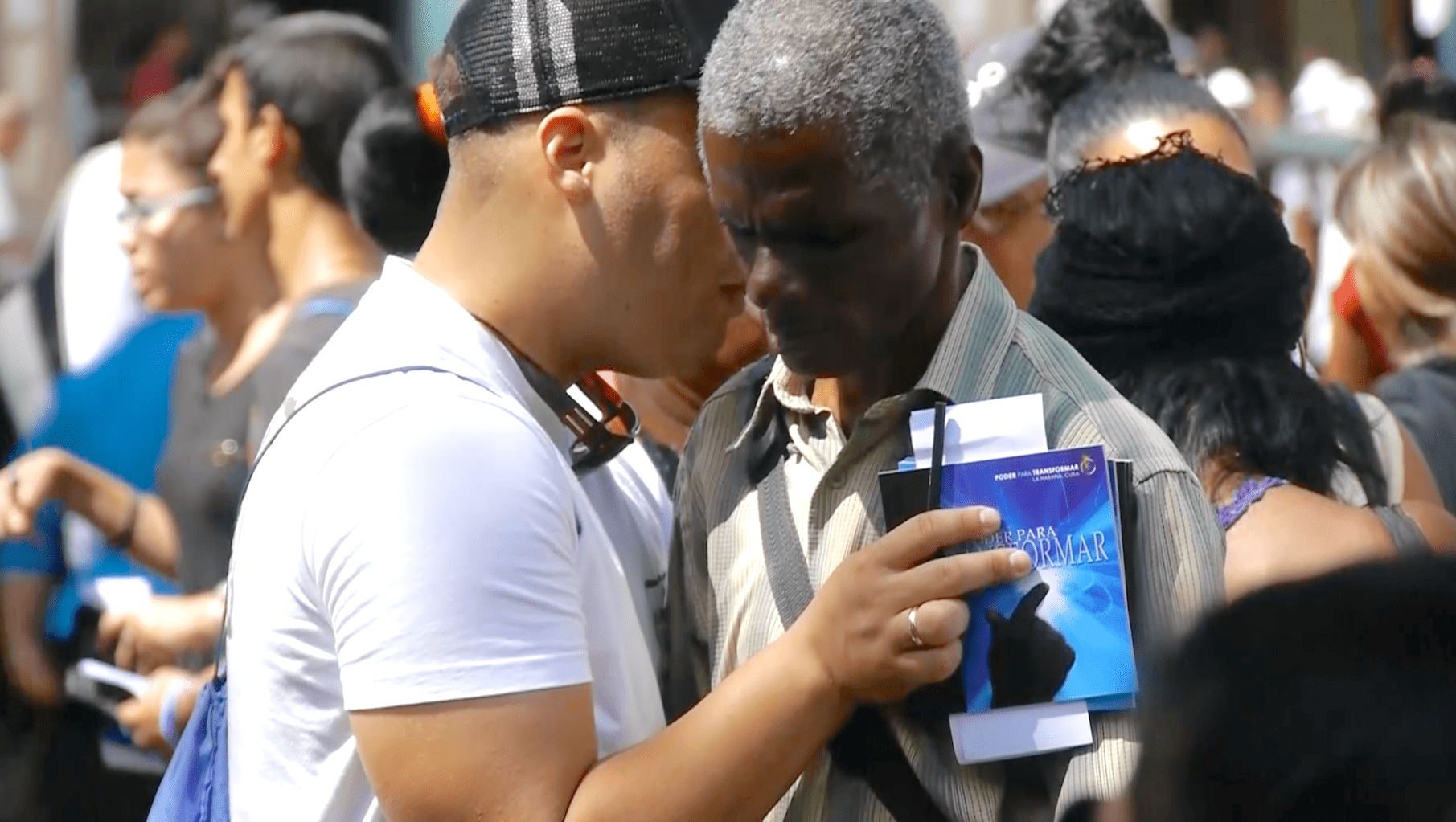 In 2019, Great Commission Media Ministries printed another 10,000 copies of "Poder Para Transformar" in Spanish. This time the books were printed inside Cuba. Originally, 150,000 books needed for the historic Havana campaign were printed in Brazil and imported to Cuba by ship. Churches reported thousands of Cubans receiving Jesus during and after the campaign.

In 2019, Great Commission Media Ministries representatives visited Hong Kong to probe the possibility of helping churches conduct a major mega city campaign in this financial center of South East Asia. Bangkok has a population of 8.3 million. 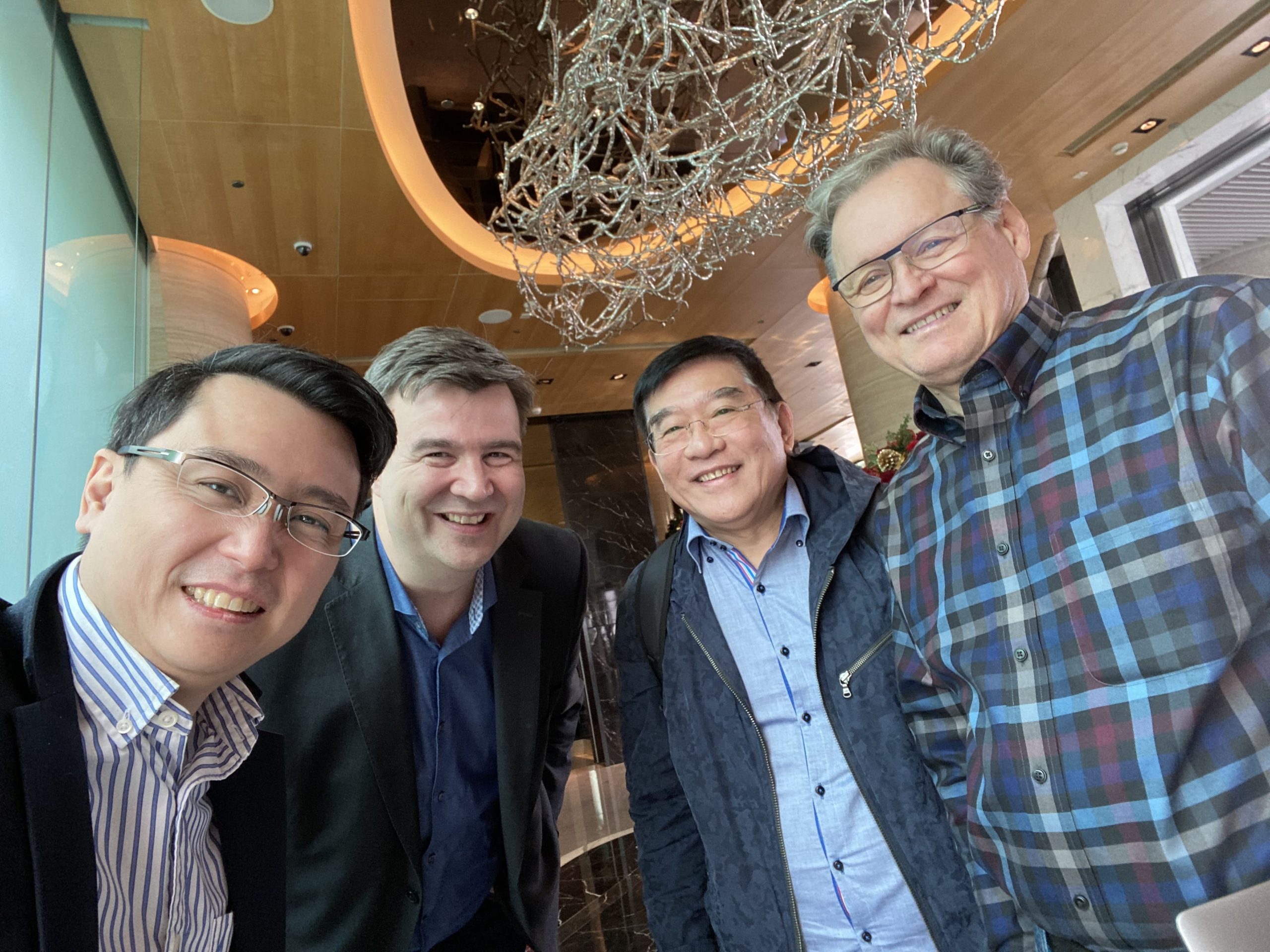 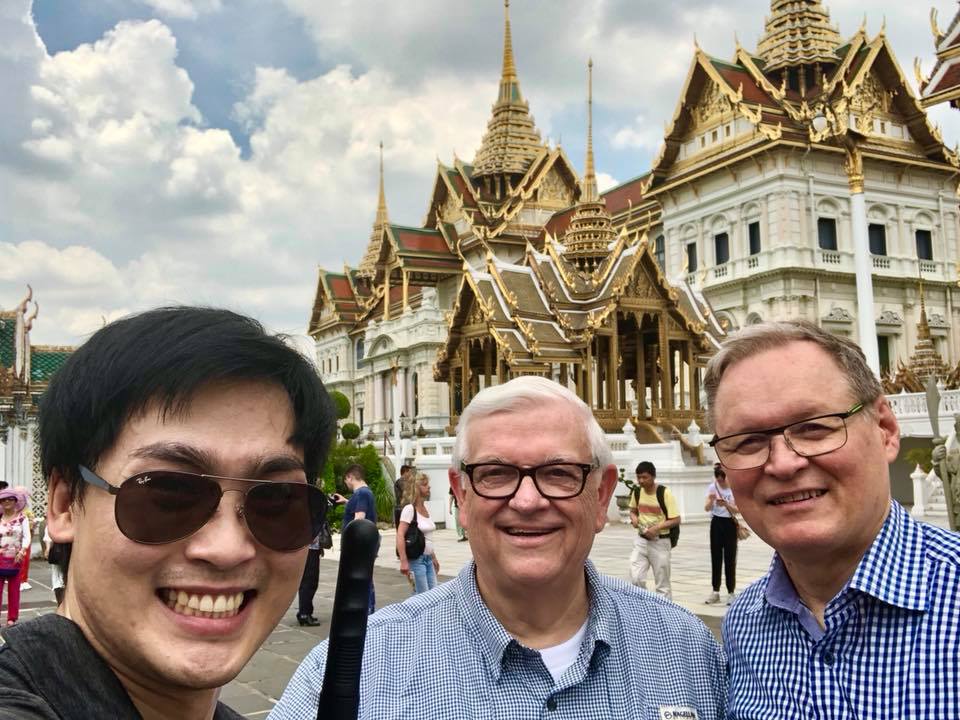 In 2019, planning for a second major city campaign in Iraq was launched. Churches in the Kurdistani city of Sulaymaniyah just 30 kilometers from the Iranian border has been praying for a campaign. The city has a population of approximately one million. Prolonged violence in the country may prohibit the conducting of a campaign. 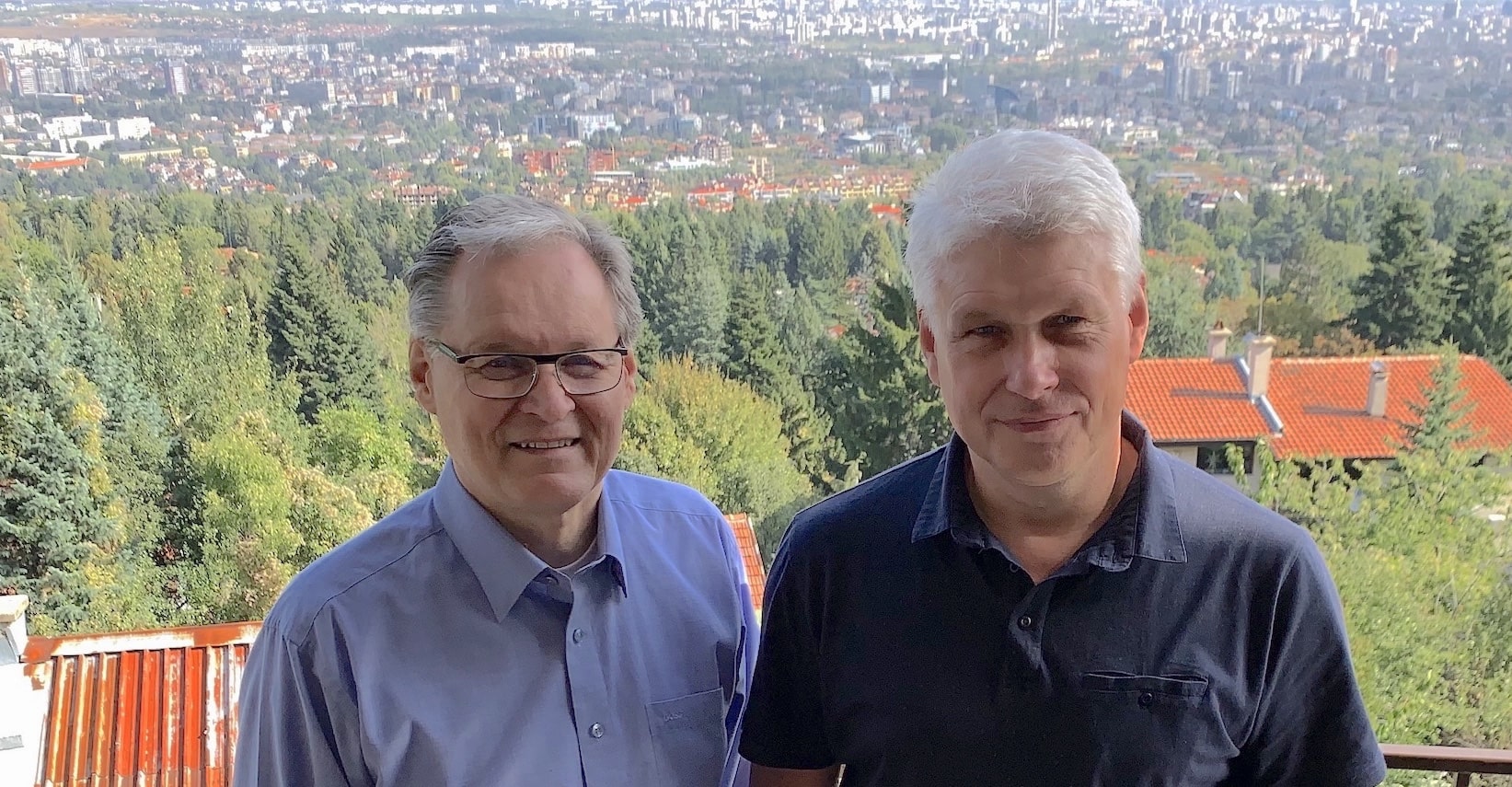 2019 EUROPE AND THE BALKANS 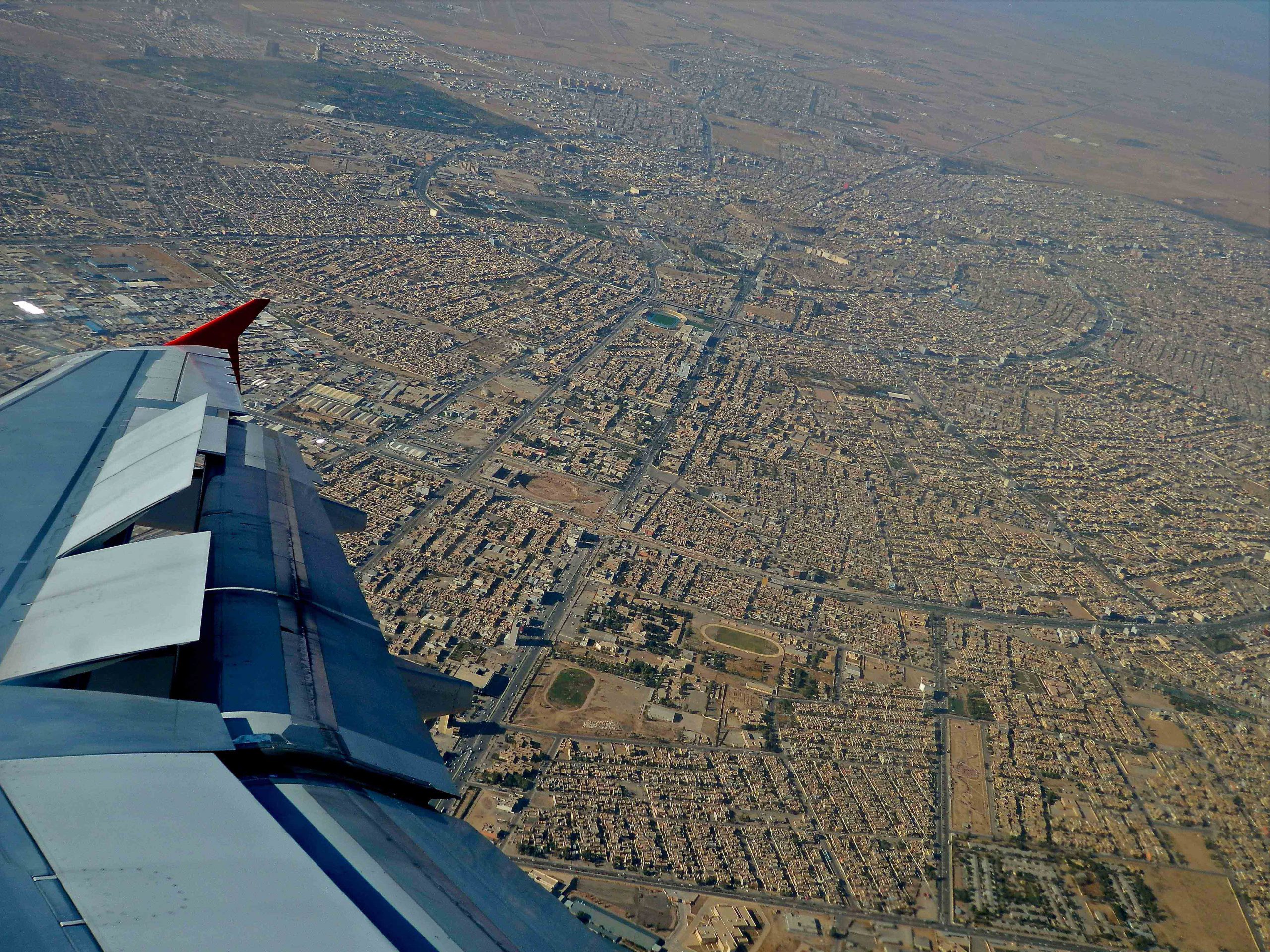 ”The majority of the people living in the industrialized world today are packed into cities. It is crucial for the fulfillment of the Great Commission that these people are the focus of our prayers and a carefully thought out strategy to reach them.”

People are turning to Christ in some of the hardest-to-reach areas of the world through GCM Ministries evangelistic media campaigns. Sign up for our monthly newsletter to read the amazing stories. Yes, I would like to receive your monthly update FREE
Posted in Newsletter