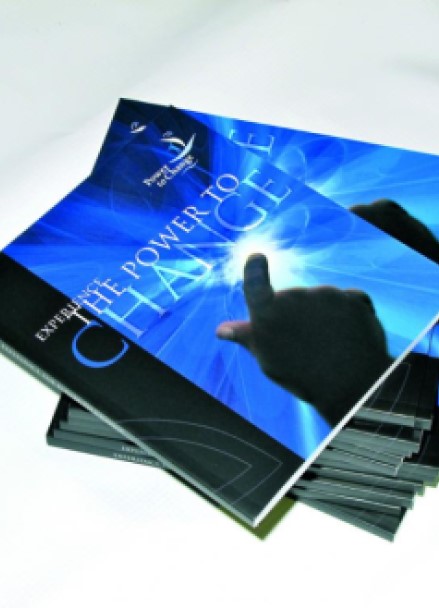 The new year is off to a fast start.  As we stepped into 2019 we all had a new year's resolution or two, promises of some kind. Some are keepers but many fall through the cracks.

In my morning devotional this morning I came across God's promises. The heroes in the Bible built their lives on God's promises. They came from all walks of life: rulers, servants, teachers, doctors, fishermen, farmers, prophets, preachers, male, female, single and married.

God's Promises Are For Real

They all had one thing in common. They believed God's promises, that God keeps his word! Because of God's promises NOAH believed in rain before rain was even a word.

Because of God's promises ABRAHAM left a good home for one that he had never seen.

Because of God's promises DAVID toppled an intimidating giant, PETER rose from the ashes of  humiliation, PAUL found a grace worth dying for.

There are 7,487 promises in the Bible.  As one well known author put it, "God's promises are pine trees in the Rocky Mountains of Scripture, abundant, unbending, perennial."

God not only makes promises; He also keeps His promises.

To this day, the Lord, the God of the Bible, God of  His men of his women is unchanging. Herein is God's promise for you and me for 2019: "Be strong and courageous. Do not be afraid or dismayed for your Lord and God is with you, where ever you go...be strong and very courageous!"

Our evangelistic campaign together with over 300 churches in Calcutta, India came to a close in January.  God's power to change lives was proclaimed over a six-week period using high-power media. As a result, thanks to secular television and radio media, tens of millions of people were reached with the Gospel. Over 300,000 calls were logged at the campaign call center. To this day, crucial, important follow-up is taking place as churches reap the harvest.

The campaign is showing no signs of ending.  Churches are requesting more evangelistic campaign books for Hindus and Muslims asking their own copy.

Preparations continue for an unprecedented evangelistic campaign to reach cities and villages in the war  zone in East Ukraine. The launch of this campaign has been delayed due to snap presidential and parliamentary elections. Please pray for the many house churches in the conflict zone. They face daily shelling from the Russian occupied territory. 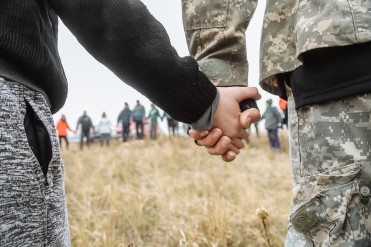 The city of Mariupol is one of the key cities for the upcoming GCMM, 30 day media campaign. Praying for peace 15 kilometers from the front lines. 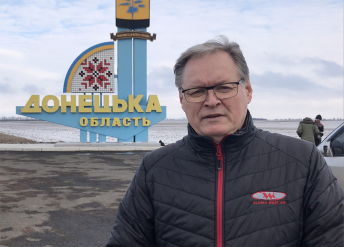 Hannu Haukka at the point of entry to the war zone in Donetsk Oblast, East Ukraine. A challeng-ing campaign in preparation.

Thanks to friends like you, our ministry partner, we were able to complete multiple printings of New Testaments, Gospels of John and other evangelism literature in Siberia. At a time when times are tough for Russia's churches these printings are a miracle in itself.

These tools for evangelism have since been delivered to churches across Siberia for outreach, eastward all the way to the Pacific Ocean.

Our local campaign leader, pastor and chaplain Gennady Mokhenko with four of his 33 adopted children. 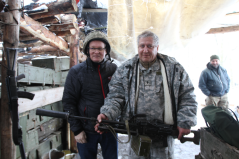 Hannu with Chaplain Albert at a forward posiiton on the front lines. Enemy shelling could be heard one kilometer away. 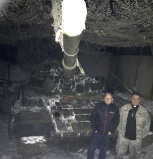 In the background is a Russian built T-72 tank. We had the opportunity to minister to the Ukrainian soldiers on duty.

In 2018, we continued to work with the churches of  Dar Es Salaam, Tanzania. Working within this African culture requires patience. We work with time lines. They say: "You seem to be short of time continuously. We have lots of time. More time keeps coming our way each day!"

By Christmas of 2018 South Sudan turned out to be an unprecedented experience in missions for us at Great Commission media Ministries. The people of this country ravaged by war stepped up to the challenge of hosting this  campaign. The ministry call center could not handle the torrent of calls that came in from hurting people of every tribe. We had paid for 15 phone lines, the maximum that the service provider had to offer. We would have needed 1,000 lines. Those numbers do not exist in South Sudan.

You came along side us as partners to make 2018 a colossal blessing that touched so many lives with the good news of Jesus!

Your prayers and your financial support mean everything to us. You made it possible for millions of people to hear the Gospel. Of those, multitudes have been led to a new life in Jesus. More on this in our upcoming Year-In-Review report.

It seems every week we receive new invitations from countries wishing to have a mega city media campaign in their capital city. One such example is Bangkok,Thailand. Thai churches have embraced the possibility for a campaign. The campaign would engage all churches of this mega city wishing to reach their people for Jesus.

An Unscheduled Visit to the Hospital

We are thankful for so much great ministry in 2018, but amidst the blessing we experienced adversity as well,  I Cor. 16:9.

In July, I was in the hospital in Helsinki for a common and supposedly quick ablation procedure, something that is intended to correct irregular heartbeat.

A catheter is inserted into arteries in the upper thigh and guided into the heart to "burn" or cauterize nerve endings that generate incorrect electric impulses causing abnormal heart rhythm. Generally, patients are released from the hospital the same day or the morning thereafter.

This was not to be for me.

Unexpectedly my body went into shock at the end of the procedure resulting in heart failure with a catastrophic drop in blood pressure.

Instead of a same-day release from the hospital I was taken to ICU (intensive care), where I lay recovering for the next 8 days. For unknown reasons during the procedure somehow the outer protective lining of my heart had been damaged.

In an unconscious state in the operating room my life was quickly coming to an "end." God, however, had other plans.

Like many people who have gone through similar circumstances in life, I asked God why this happened. As in the life of Job, we do not choose our problems. They simply come without consultation.

As I reflected, I could see how the ministry had grown in such a wonderful way in just a few scant years. In mega cities alone, we had reached almost 500 million people with the life changing message of Jesus Christ.

And, over 30 countries were waiting for their turn to have similar campaigns.

We Have a Relentless  Enemy

It was evident that this was causing major turmoil in the unseen world. The "Enemy" was on the move. So, how should we understand adversity?

We should not be taken by surprise when hardships come. “In this world you will have trouble (John 16:33). But take heart! I have overcome the world," said Jesus.

Forty-three years ago, we could not have imagined the mighty miracles of God that we have seen along the way.  And, neither could we foresee the hardships that we would encounter.

As I lay in the hospital in Helsinki, I recalled the many "close calls" in my life. Memories came to mind.

On a trip to Islamic Kyrgyzstan in Central Asia, snipers had opened fire on our vehicle in a mountain pass. We were on our way back to the international airport from a secret planning meeting with Kirgiz pastors.

On another occasion, as Laura and I traveled  in a night train from Moscow to Helsinki, a remotely controlled explosive device detonated blowing up the track we were supposed to travel over. The train just ahead of us left the tracks killing many onboard.

On one trip to the USA, as a result of a severe gall stone attack I ended up in Queens hospital where unintentionally the wrong medicine was administered to me, intravenously. As a result I was unconscious for 9 hours. In the morning the supervising doctor at my side and said: "You gave us a real scare last night, we thought you had died!"

On my home from a Billy Graham sponsored conference, on a dark and desolate stretch of highway between Leningrad and Moscow I was ambushed by the feared Novgorod Mafia.

God delivered me safely from their plans. The rest of this story is in the book "Only Believe."

At the age of 15, our family was involved in a serious car accident. A Vancouver trolley bus ran a red light and T-boned our '64 Pontiac Parisienne.  All four passengers in the car where rushed by ambulance to the hospital. That day was not meant to be the day of our death.

Paul tells of his own experience in 2 Cor. 11 verses 23-28: "I have been exposed to death often. I have been beaten, stoned, in prison, ship-wrecked, in danger from bandits, from fellow Jews, from Gentiles; in the cities, in the country..."

As I read this I said to myself, "Thank you Jesus, it really is not all that bad after all."

There is work to be done in 2019. The Lord willing, we will be in Mongolia, Thailand, Senegal, Tanzania, East Ukraine, Russia and the Middle East. We continue to produce and air Gospel programs over 16 satellites to all of the Middle East and North Africa.

Without your partnership would not be going anywhere in this new year. Missions is warfare in the spiritual realm, for souls, for whom Jesus died and paid the price for the sins of the whole world. Thank-you for your prayers and support.  May a special blessing of  the Lord be yours to experience throughout 2019. We often remember you in our prayers as well.

Yours on His harvest fields,
Hannu, Laura Haukka
and the whole GCMM team