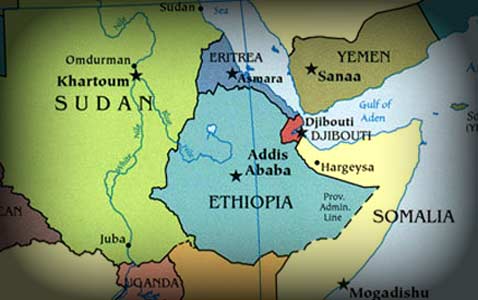 Great Commission Media Ministries (IRR/TV) continues to expand its media mission territories. We are planning production of programs in the Amharic and Tigre languages spoken in Ethiopia and Eritrea. There appears to be freedom of religion in Ethiopia with over 60% of the population claiming to be Christian in name, but Eritrea is a little more complicated. The Government of Eritrea only recognizes three Christian denominations and Sunni Islam All others are required to register by submitting personal information on their membership to be allowed to worship. According to Wikipedia, the few organizations that have met all the requirement have still not received official recognition. But in spite of the changing tides of government oppression, we can reach nations through the internet and satellite television in places where reception of TV by satellite is the norm. Kebede Mergya a film maker from Ethiopia and IRR/TV’s Hani Henein are in our missions studios in Finland to discuss this new opportunity to reach the lost for Christ.

Listen to this Podcast: IRRTV_10-10_podcast_Ethiopia.mp3