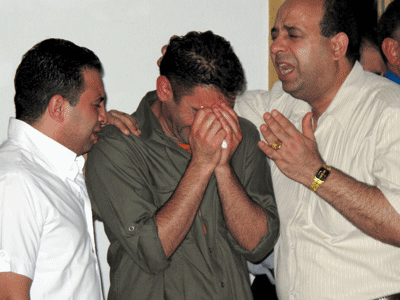 250 Decisions for Jesus in Upper Eqypt

Team members from Great Commission Media Ministries (GCMM) were involved in a week-long city campaign in Upper Egypt. They worked closely with volunteers from local congregations visiting homes and meeting people on the streets, handing out literature.

In all, 11,000 tracts and 400 audio cassettes and hundreds of Bibles were distributed to those eager to receive them. This short but intense campaign produced results of people who made a decision for Christ including children, youth, as well as the elderly.

A similar event took place in Europe where many are converting to Islam at an alarming rate. GCMM is working together with Arab Christians in Germany. In June a joint two-week long campaign was held. Almost 100 Muslims received Jesus as a result of this unique outreach.